London Bridge-based theatre company Shunt has submitted a planning application to stage a new show in a disused warehouse in Bermondsey Street. 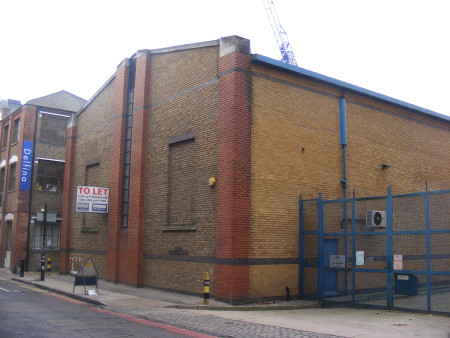 Shunt – known for its experimental, site-specific works – has been based at the Shunt Vaults below London Bridge Station since 2004 and has used the space for Tropicana and Amato Saltone. More recently the vaults have been used for the Shunt Lounge members' club.

"The company has plans to present a new show to the public but needs another building for this production so that the existing operation at the vaults (the Shunt Lounge) can continue unaffected," executive director Philip Lloyd wrote in a letter to Southwark Council planning officers.

The firm has agreed a one-year lease on the former cigar warehouse just north of Delfina on Bermondsey Street and hopes to use it to present shows to audiences of up to 250 from Tuesday to Saturday.

A new entrance is proposed for the blank wall facing Bermondsey Street.

The owner of the warehouse is Sellar Property Group which is expected to unveil its ambitious long-term proposals for the site – known as the Three Houses project – next week.

Shunt is one of the shortlisted bidders for the new cultural space in the proposed Berkeley Homes One Tower Bridge development at Potters Fields.