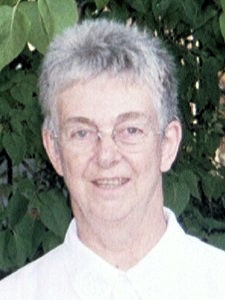 The former teacher – who was a tireless supporter of many local causes – may be best known as the founder of the Borough Music School which provides affordable instrumental tuition to local children.

She served as a Southwark Labour councillor between 1994 and 2002 in Chaucer and Consort wards, including a stint as chair of the borough's education committee.

"Anne truly immersed herself in the community, whether in her work for her beloved Music School, as a school governor or in her work for the party and so many other organisations with which she was involved," said Labour group leader Cllr Peter John in a message to colleagues.

"She truly gave so much to so many people who will always be in her debt.

"With so many of her other friends I will miss Anne greatly – her common sense, her enthusiasm, her warmth and her self-effacing style."

Tributes were also paid across the political divide in Southwark. Lib Dem Cllr Adele Morris, who contested the 2006 election in Cathedrals ward against Anne Worsley, said: "This news has come as a great shock to the many adults and young people in the area who knew or came into contact with Anne.

"She was a volunteer trustee in a range of local organisations and schools, and was particularly known for her commitment to the Borough Music School, which was one of her greatest passions. Her contribution to community life will be sorely missed."

Anne was vice-chair of Blackfriars Settlement having been involved in the organisation for 25 years including a long period as chair.

"Blackfriars Settlement has been deeply shocked by the news of the sudden death of our friend and colleague," said director Julie Corbett-Bird.

"Anne's contribution to the success of the Settlement and many other organisations is inestimable. At this point in time it is hard to contemplate the Settlement without her being part of it."

Anne's many other contributions to SE1 life included a period as chair of governors at Geoffrey Chaucer Technology College (now Globe Academy). She had also been organist at St Hugh's church in Crosby Row.

• Blackfriars Settlement has opened a book of remembrance which will be in the reception of its Rushworth Street premises and open for everybody to sign. It will be presented to Anne's sister, Frances, in due course.

• Anne's funeral will be held at Southwark Cathedral on Monday 16 March at 2.30pm

Post your tribute to Anne Worsley on the London SE1 forum