The 600 ft long visual history of the 20th century created in a South Bank railway arch by Feliks Topolski has reopened to the public after a Lottery-backed restoration. 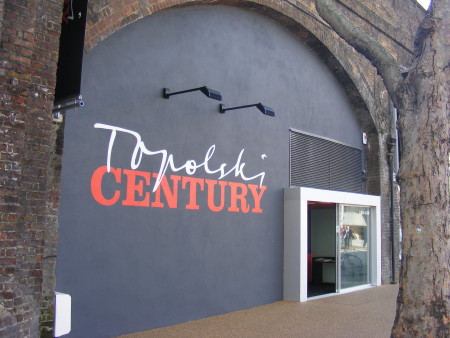 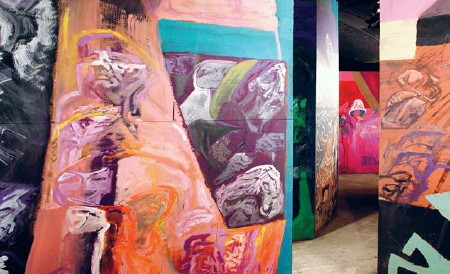 The 15 ft high continuous painting records the personalities and the social and political upheavals of the 20th century, from Mao's China to World War II and Elvis Presley to the Vietnam War.

The gallery was run down and in poor condition in 2006 when it was awarded a grant of almost Ł1 million from the Heritage Lottery Fund. Now this epic artwork has been given a new lease of life as an integral part of the South Bank's collection of cultural venues.

Polish-born artist Feliks Topolski began his four-decade association with the South Bank in 1951 when he painted The Cavalcade of the Commonwealth for the Festival of Britain which was displayed underneath the railway bridge on Belvedere Road.

Thanks to the intervention of minister of works Lord Eccles he soon gained a studio space in a railway arch alongside the Royal Festival Hall.

Daniel Topolski says that his father loved the industrial nature of the South Bank area in those days and its close proximity to Parliament.

More than 20 years later Topolski set about creating a visual memoir of the 20th century and it was the Greater London Council – based just a few yards away at County Hall – that helped him secure two more arches on Concert Hall Approach.

"When Tony Banks – back in the mid-1970s – saw what Feliks was trying to do, he made it his job to secure these arches," recalls Daniel Topolski.

"Feliks was thinking of taking [the memoir] to Poland or Israel or maybe doing it in the bullring before the IMAX was there ... so the GLC locked onto it and gave him Ł50,000 towards the painting of it."

The Topolski Memoir – as it was then known – was opened 25 years ago by the Duke of Edinburgh. The artist continued to work on it until his death in 1989.

Last year the Duke hosted a fundraising tea party at Buckingham Palace in support of the painting's restoration and a royal visit to the South Bank is planned for later in the year.

The revamped Topolski Century hopes to attract 20,000 visitors a year. A series of temporary exhibitions is planned and regular events for children are held in the gallery.

The gallery's large window facing Concert Hall Approach is also being used to highlight Topolski's depictions of people and places in the news today. Currently on show are images of Harold Pinter and John Mortimer who both died in recent months. A special display was mounted to coincide with the inauguration of Barack Obama.

The trust which now runs the gallery is still seeking to raise Ł150,000 to finish works to fit out the artist's former studio for educational use and install interactive equipment in the main Topolski Century arches.

"The Topolski Century is a fascinating record of key moments in 20th century history and though it is a very personal study, it offers an insight into great public events, which has universal appeal," says Boris Johnson, Mayor of London, who opened the new-look gallery on Monday night.

"As works of art created by a Polish immigrant, Feliks Topolski, it also reflects how London's creativity has thrived thanks to the different communities that continue to make their mark in our great city. I wish every success in the final stages of the fundraising campaign for Topolski's unique Memoir and its valuable presence on the South Bank."

Wesley Kerr, chairman of the Heritage Lottery Fund London committee, said: "The Heritage Lottery Fund was pleased to contribute Ł999,000 to a conservation and education project with so many unique elements, not least the siting of this expressive and evocative series of 243 individual paintings in the Victorian railway arches which were Feliks Topolski's studio and gallery.

"This free, thought-provoking gallery is a great addition to the South Bank complex, Europe's biggest concentration of cultural assets, which past awards from HLF have regenerated.

"The history and art of 'the day before yesterday' are often forgotten, but not by HLF, which for 15 years has supported transformational projects in London and across the UK."

• Topolski Century is open Monday-Saturday 11am-7pm & Sunday 12 noon-6pm. Admission is free although a minimum donation of Ł3 is requested.