The Topolski Century gallery on the South Bank has closed to casual visitors 18 months after the completion of a £3 million refurbishment. 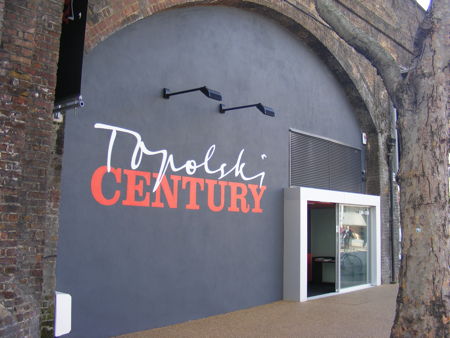 Thousands of people walk past Topolski Century on the way from Waterloo Station to the Royal Festival Hall, but not enough people ventured inside 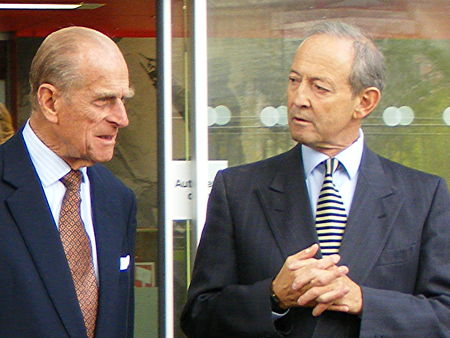 The Duke of Edinburgh, who knew Feliks Topolski, has been a long-standing supporter of the South Bank gallery. He is pictured with the artist's son Daniel Topolski

"There were not enough people through the door," admits Daniel Topolski, son of the famous artist Feliks Topolski.

The railway arches close to the Royal Festival Hall are not just a permanent gallery but the studio where Feliks worked.

Topolski's association with the South Bank dates back to the Festival of Britain in 1951 when the artist painted a mural in Belvedere Road.

The main exhibit is a 600 foot long and 15 foot high continuous painting recording the personalities and the social and political upheavals of the 20th century, from Mao's China to World War II and Elvis Presley to the Vietnam War.

The painting was created in situ between 1975 and the artist's death in 1989.

In 2006 the gallery was awarded a grant of almost Ł1 million from the Heritage Lottery Fund to conserve the painting and provide a better environment for visitors.

The refurbished Topolski Century opened in March 2009 and was visited last October by the Duke of Edinburgh who described it as "terrific".

"We need to rethink our business and make it a bit more commercial," reflects Daniel who hopes to reopen on a more regular basis in the New Year. One possibility is to have a cafe where customers can freely view the Topolski Century.

In October the gallery will be hosting Black History Month events. Feliks Topolski drew some of the key figures of the American civil rights movement, including Martin Luther King, and travelled through Africa.

There are also workshops at the end of October as part of The Big Draw.