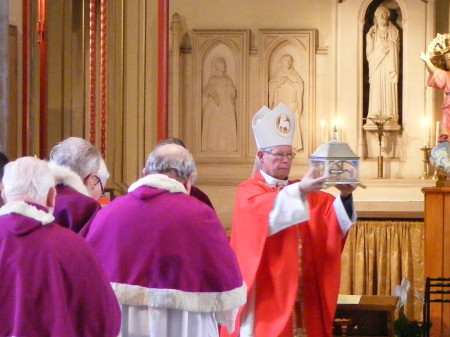 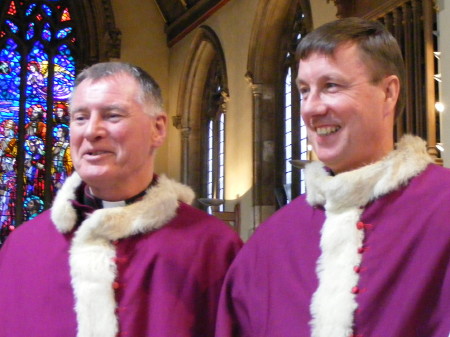 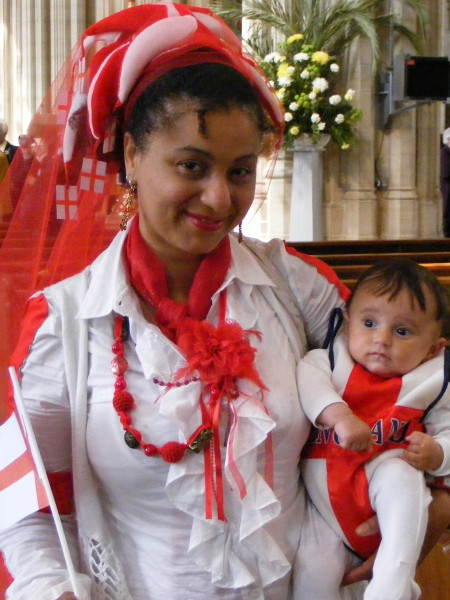 Yohara from Madrid and baby Hana dressed up for the occasion 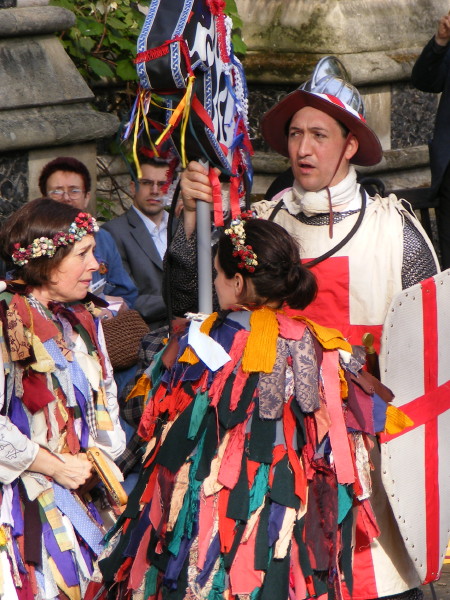 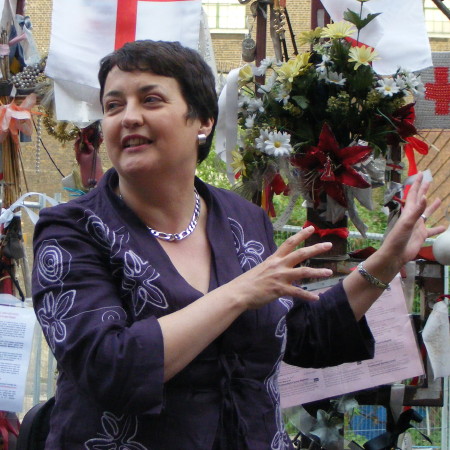 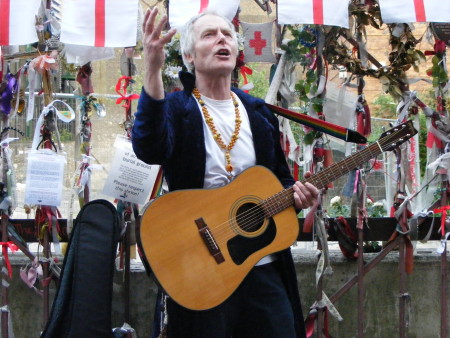 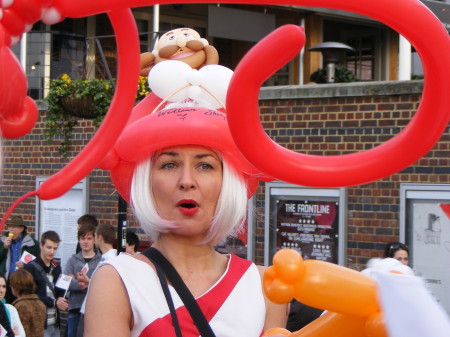 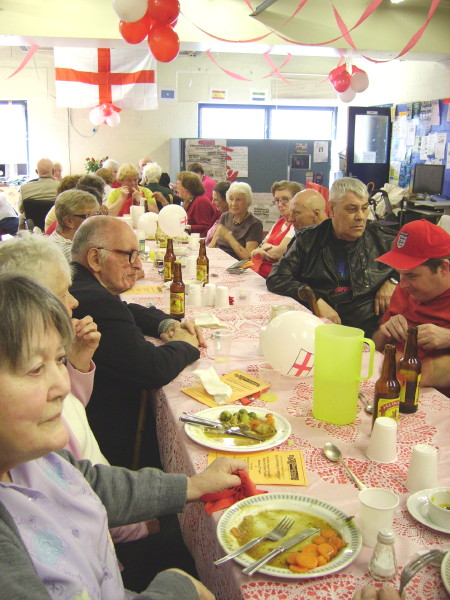 During the crowded patronal festival Mass at St George's Roman Catholic Cathedral there was a homecoming for Michael O'Dea who was installed as a canon. As a child he lived off Kennington Road in the parish of the cathedral which has seen his baptism and ordination. Also installed was Anthony Charlton who was a curate there in the 1970s.

More than four hundred people saw The Ballad of St George and the Dragon play performed outdoors by the Lions part at Blackfriars Settlement, Red Cross Garden and outside Southwark Cathedral.

Earlier Shakespeare's Birthday was marked inside the Anglican cathedral with an entertainment presented by Rick Jones and Arthur Smith. Amy Button performed the first tap dance in the church. Afterwards Canon Bruce Saunders laid flowers on the Shakespeare Memorial.

In the early evening crowds gathering on Bankside outside Shakespeare's Globe for the launch of the new season were entertained by musicians, stilt walkers and balloon sculptors.

"We are in the front line of development and the past and future live alongside each other," Val Shawcross told the gathering. "We have to have planning protection for this site." Nick Stanton said that there was a chance to get it zoned as a park in the forthcoming supplementary planning guidance.

After dark there was morris dancing at St Mary Overy Dock and around Borough Market pubs.

This is the third year of the St George in Southwark Festival which adds a multicultural dimension to local celebrations of England's patron saint.

On Saturday an international picnic will serve to highlight some of the diverse communities which have a connection with St George.

The festival ends on Sunday morning with a special service at St George the Martyr Church in Borough High Street with the Bishop of Southwark, Rt Revd Tom Butler.