The pavement on the eastern side of Blackfriars Bridge has been closed to the public for the next two and a half years during the construction of the new Blackfriars Station. 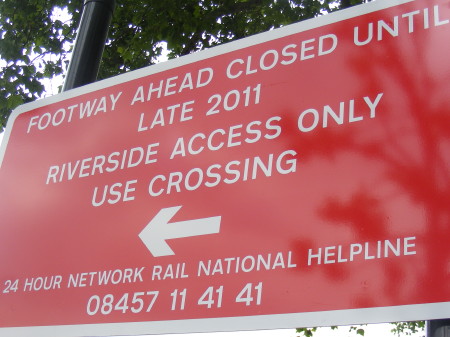 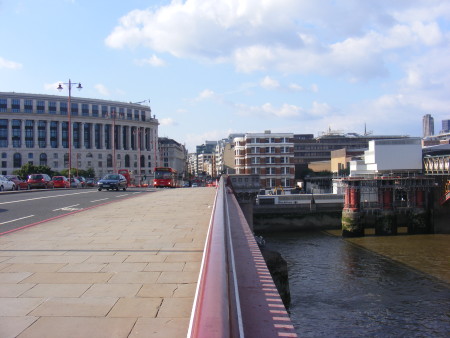 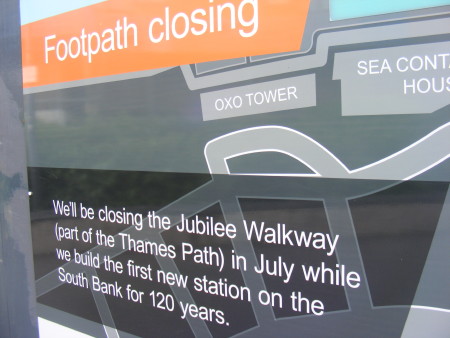 According to the website of the Thameslink Programme, Transport for London "made this decision in the interests of pedestrian safety and after consultation with Network Rail, the City of London and the London Borough of Southwark".

"The safety concern is that pedestrians could become stranded at the edge of the Blackfriars redevelopment work site on the eastern side of the north end of the bridge where the station building work temporarily requires the suspension of the road crossing between the east and west pavements."

A new temporary entrance to Blackfriars Station – for ticketholders only – has recently opened on the riverside walkway on the north bank.

Last month major works began on the construction of the new Blackfriars Station which will span the Thames and have a new entrance on Bankside.

Meanwhile the planned closure of the Thames Path between the South Bank and Bankside under the Blackfriars road and railway bridges has been postponed.

Network Rail recently erected hoardings on Bankside advising that pedestrians will be diverted via Southwark Street and Hopton Street from July.

However, Thameslink Programme officials told a meeting of the South Bank Forum last week that the closure has now been postponed until after The Mayor's Thames Festival weekend in mid-September.

The much delayed Thameslink Programme (formerly Thameslink 2000) will expand capacity on the north-south rail line and will involve major works at both Blackfriars and Borough Market.