Overnight work to remove one of the London Eye's 32 pods and float it down the Thames had to be abandoned at the last moment. 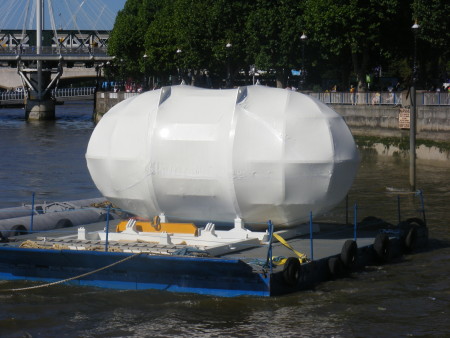 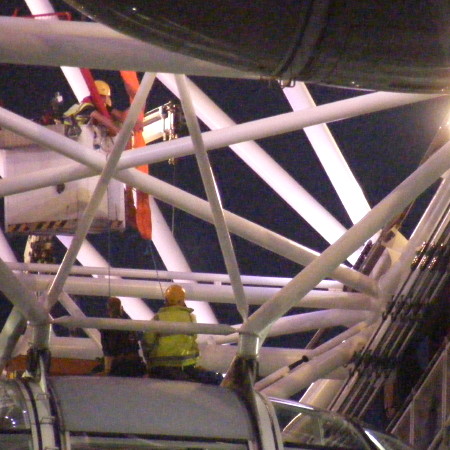 Workers preparing for the removal of a capsule 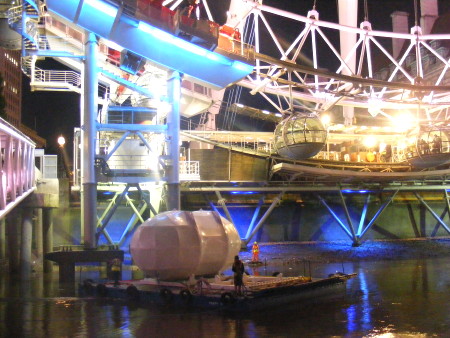 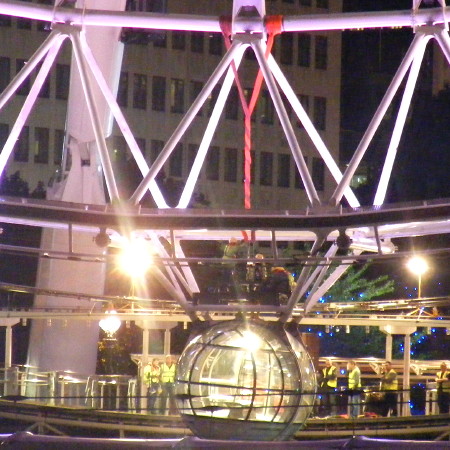 Workers attached a red safety strap to one of the capsules

The London Eye closed to the public earlier than usual on Tuesday night to allow work to begin on the removal of one of the passenger capsules at the start of a Ł12.5 million refurbishment project.

Last month Merlin Entertainments announced plans to revamp all of the pods between now and the London Olympics in 2012.

The wheel, which was constructed a decade ago, welcomed its 34 millionth visitor last week.

Over the coming months each of the capsules will be taken in turn by barge to Tilbury for refurbishment. The attraction will remain open as normal with 31 pods available for public use.

A dummy replacement capsule intended to fill the gap has been brought to Waterloo Millennium Pier on a barge and was due to be swapped with one of the real pods overnight on Tuesday night and Wednesday morning.

The dummy capsule was floated into place at low tide just after 10.30pm on Tuesday but the work hit a snag and the capsule swap was abandoned in the middle of the night.

"The London Eye Project Team last night made the decision to postpone the removal of the first capsule – part of the recently announced capsule upgrade programme – to a time when the conditions will be more desirable to support all activity related to the project," said a spokeswoman for the South Bank attraction.

"As with all works of this complexity there are a number of factors that influence the onsite schedule and, in this instance, a combination of elements including tidal movement caused the activity to be delayed."

The London Eye reopened to the public as normal on Wednesday morning rather than the advertised 11am opening.