Veterans paraded across Tower Bridge on Friday to mark the first Armed Forces Day with a ceremonial gun salute and a flypast by two RAF Puma helicopters. 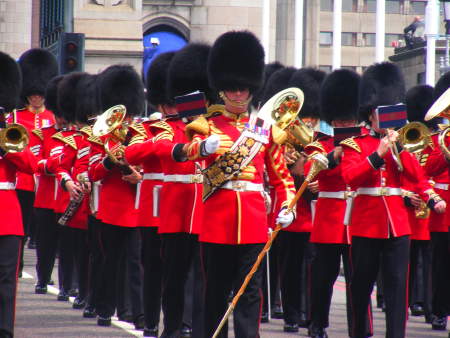 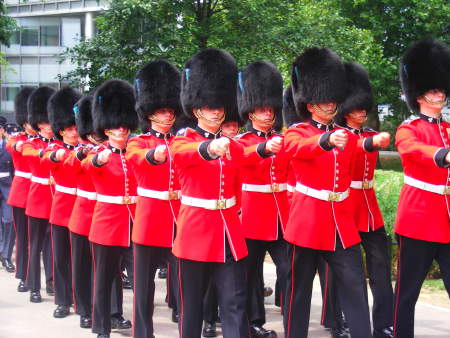 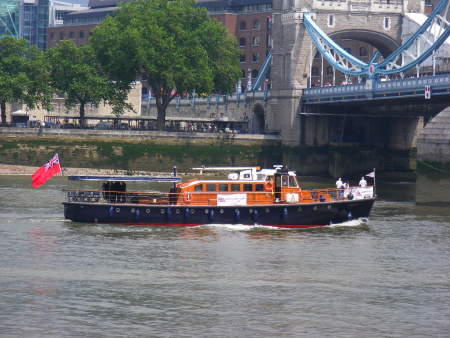 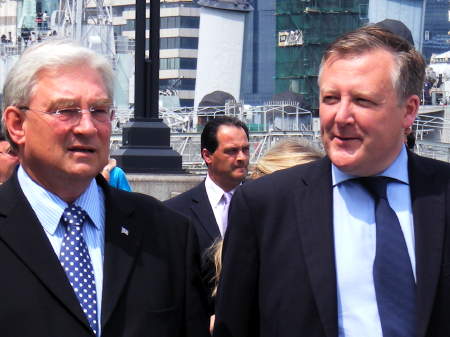 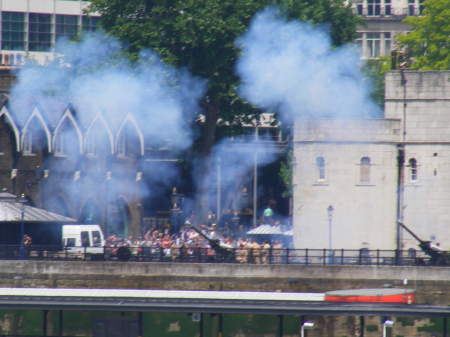 A gun salute was fired from the Tower of London 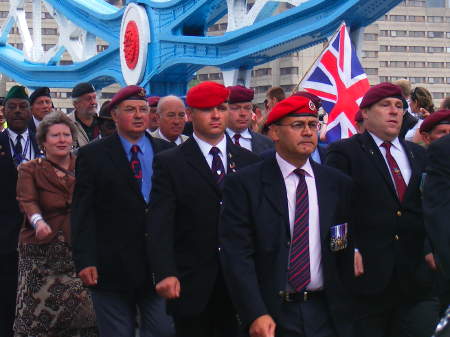 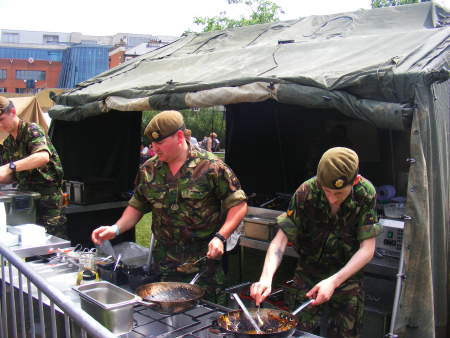 The parade across Tower Bridge included representatives of the Royal Navy, Army, RAF and veterans from all three services. The Band of the Scots Guards led by Drum Major Tony Moors provided music for the event.

As the dignitaries made their way to the stage in Potters Fields Park a gun salute was fired from the Tower of London across the river and two RAF Puma helicopters flew overhead.

Potters Fields Park hosted an afternoon of activities being organised in honour of service men and women past and present.

The event included the presentation of badges to ten veterans before the parade was dismissed and the afternoon's programme of entertainment began.

A new 'Food for Heroes' cookbook was launched at the event with the aim of raising Ł100,000 for the charity Help for Heroes. Restaurateur and author Peter Gladwin created some of the recipes at the event, which also featured an army field kitchen.

Cllr Jeff Hook is raising money for Help for Heroes during his year as Mayor of Southwark.

"I'm not sure what people's opinions were when we went to war in Iraq and Afghanistan, but we still have to be there for our soldiers, sailors and airpersons who are coming back physically wounded or mentally injured," he told the London SE1 website.

On Monday Mayor of London Boris Johnson presided at a ceremony to raise the Armed Forces Day flag outside City Hall.