The Olympic flag outside City Hall has been replaced by the Armed Forces Day flag which will be flown during the build-up to a parade of veterans across Tower Bridge on Friday. 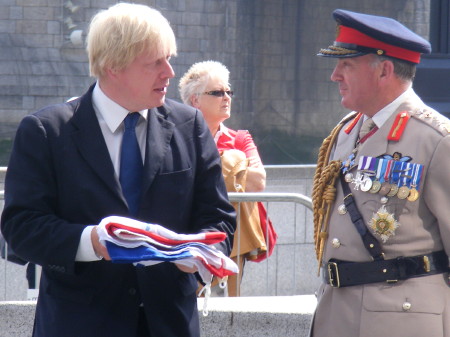 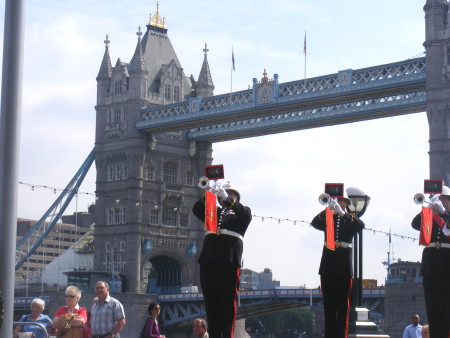 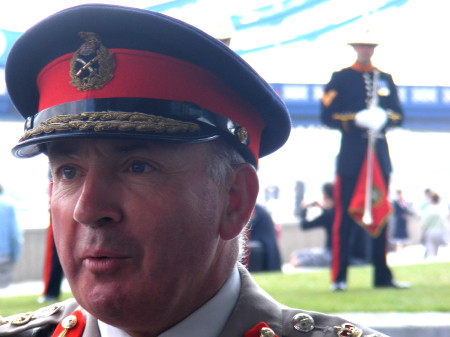 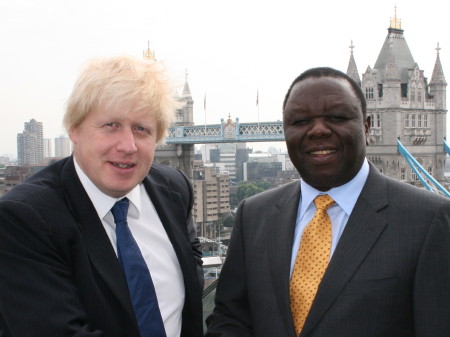 The Mayor of London Boris Johnson received the Armed Forces Day flag from General Sir Richard Dannatt, chief of the general staff. Mr Johnson passed the flag to Maurice Hudson, chairman of the GLA branch of the Royal British Legion, who raised the flag.

The Mayor gave a speech in which he recounted how he had for the first time experienced the death in action of someone known to him personally. Lieutenant Paul Mervis, who had worked for Mr Johnson at The Spectator magazine, was killed in Helmand province in Afghanistan earlier this month.

The ceremony was also attended by Commander Liz Spencer of the Royal Navy and Darren Johnson AM, chair of the London Assembly.

Armed Forces Day on Friday 27 June is an expansion of Veterans' Day which has been celebrated at the end of June for the past three years. The inaugural national event for Veterans' Day in 2006 was held in Geraldine Mary Harmsworth Park.

Speaking to reporters after the ceremony, Sir Richard explained that whilst Remembrance Day in November provides an opportunity to honour the sacrifices made in past conflicts, Armed Forces Day can be a celebration of the current work of Britain's military.

This year's national event for Armed Forces Day is being held in Chatham and London is hosting its own event in Potters Fields Park preceded by a parade of veterans across Tower Bridge.

The Olympic flag has been flown on one of the three flagpoles outside City Hall since last autumn when London took over from Beijing as host city.

• On Monday morning Boris Johnson also hosted a visit to City Hall by Zimbabwean prime minister Morgan Tsvangirai who paid his second visit to SE1 in three days. On Saturday his address at Southwark Cathedral had to be cut short after a stormy reception from Zimbabwean exiles.

"I am a huge admirer of Morgan Tsvangirai's courage and bravery," says the Mayor. "He has shown amazing commitment and perseverance in his struggle for freedom and democracy in Zimbabwe in the face of appalling violence and brutality."