Although I've had a free ticket for the London Bridge Experience sitting on my desk for some months, I never quite mustered the enthusiasm to go and have a look at what is supposed to be London's scariest attraction. 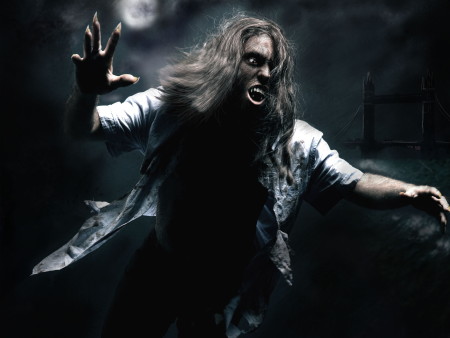 I'm normally one of those people who finds the spectacle and racket created by costumed staff on Duke Street Hill trying to entice customers into the vaults below London Bridge rather off-putting.

I've also never set foot in the London Dungeon, so I've no idea how the new upstart compares with its longer-established rival in the blood and gore stakes.

So when the call came inviting me to a preview of The London Bridge Experience's special three-day show for American Independence Day, I thought I ought to say yes.

Now I've led a very sheltered life and never seen any of the horror movies which I'm sure have formed the inspiration for this show, so many of the references were probably lost on me.

What can I say? If your idea of fun is having a chainsaw waved around your head whilst you are pursued by an escaped werewolf, then this is the show for you.

If you find the idea of crawling along a passageway with severed heads hanging from the ceiling at all unpleasant or distasteful then you should probably steer clear.

The show is energetic and well-performed by an able cast. Though whether they will be in quite such good form after three days of non-stop shows is another matter.