London Bridge was closed to traffic on Saturday for an all-day celebration of the 800th anniversary of the completion of the city's first stone river crossing. 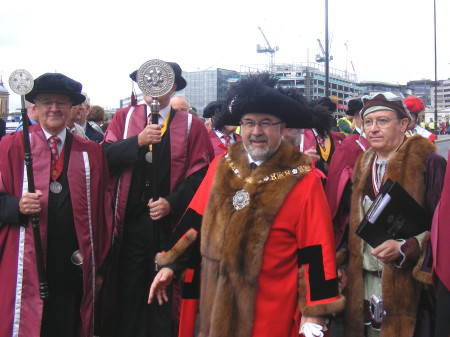 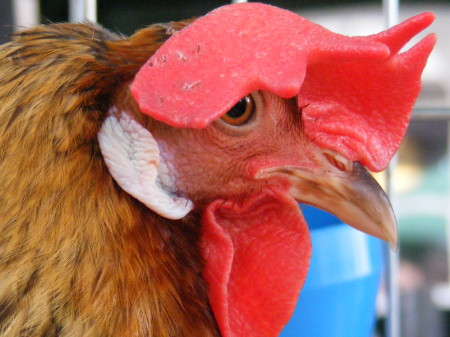 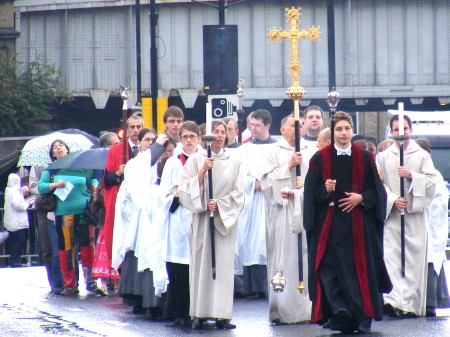 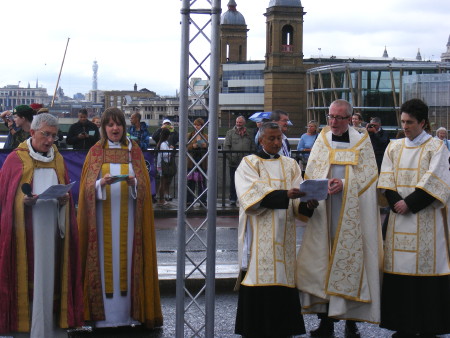 The event was organised to raise money for the the Lord's Taverners and St John Ambulance, the charities supported by the current Lord Mayor of London Ian Luder.

The bridge was lined with stalls from the City of London's livery companies demonstrating their traditional crafts.

The Lord Mayor toured the stalls and attractions on the bridge and was greeted on the southern side by the officers of the Court Leet of the Guildable Manor of Southwark.

At midday processions from Southwark Cathedral in the south and the church of St Magnus the Martyr on the north bank converged near the spot once occupied by the chapel of St Thomas Becket which stood at the centre of the medieval London Bridge.

The service was introduced by the Ven Michael Ipgrave, Archdeacon of Southwark, who said: "This is the place of crossing from which pilgrimages began, a place where commerce took place and ordinary lives were lived. The bridge was our way in and out of the City of London and the borough of Southwark; a triumphal route in celebrations; a protection when life was hard. We offer to God our thanks and praise that through the city flows the river of life."

Meanwhile freemen of the City of London – and others who had paid an additional 'tax' in aid of the Lord Mayor's Appeal – were exercising their right to lead sheep across the bridge.

Cumbrian shepherd Katy Cropper spent weeks training 16 of her Herdwick sheep to walk with a halter on in readiness for the fayre.

The anniversary fayre also coincides with the launch of the London Bridge Festival, a two-week programme of arts events in the local area.