A climate campaign group claims that it has prevented 2000 tonnes of carbon dioxide from entering the atmosphere by purchasing credits from the trust which runs SE1's two NHS hospitals. 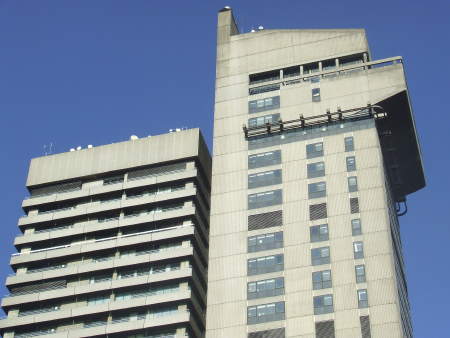 All large energy users within the EU are given carbon dioxide emission allowances (carbon credits) under the mandatory European Emissions Trading Scheme. The hospital trust has significantly reduced its carbon emissions allowing it to sell unused credits.

Sandbag is purchasing the credits on behalf of its members and will now cancel them preventing the carbon from entering the atmosphere. The group says that removing 2000 tonnes of carbon dioxide from the atmosphere is equivalent to taking 1000 cars off the road. Sandbag has cancelled the same amount of CO2 as would be emitted heating 750 homes for a year.

"We are delighted to be buying permits from Guy's Hospital – we were looking for a partner committed to improving their energy efficiency and Guy's fits the bill perfectly," says Bryony Worthington, founder of Sandbag.

"By using our members' money to buy and then cancel the permits, we make sure that the emissions they have saved are kept out of the atmosphere. We think this is a very exciting way for people to take action to tackle climate change."

Earlier this year Guy's and St Thomas' NHS Foundation Trust said that it was on track to reduce its carbon emissions by 20 per cent from 2000 levels in the next year.

"As one of the largest employers in London, we see it as our commitment to our community to reduce our energy consumption and to do our bit to protect the environment," says
Steve McGuire, the trust's drector of capital, estates and facilities.

"We are already making great strides towards reducing our carbon footprint and we're well on the way to exceeding the targets set by the Department of Health and the NHS. The Trust is leading the way in London to become a more sustainable organisation.

"By investing this money into our energy saving programme we can continue to build on this good work."