Henrietta Green, whose Food Lovers' Fairs in 1998 paved the way for the reinvention of Borough Market, has voiced her fears about the future of the market. 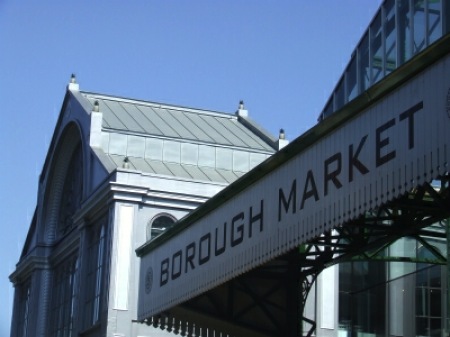 Henrietta Green used her blog to speak out after the tensions between traders and market management were the subject of a feature in Thursday's Guardian by Bibi van der Zee.

The market – which recently gained a new chair of trustees and managing director – has recently seen a shake-up as a result of the much-delayed Thameslink railway works which will change the face of the Borough over the next few years.

At the beginning of this month traders moved out of Three Crown Square and new stalls opened up under the temporary roof erected above the Jubilee Market in Winchester Walk.

"I hope I'm proved wrong but Borough, like any market, is a living, breathing organism that needs to support – and be supported by – its traders. A consequence of the lack of the former brings about the lack of the latter and over the past few years rumours have swirled around the market and its environs – difficulties, quarrels, heavy-handedness of the former towards the latter...

"Whilst I'm not privy to details, and whilst I also know from years of running the Food Lovers' Fairs how tricky it can be to found and build upon those delicate relationships, to be honest, over the years I have had some concerns about how Borough Market has been run – too many foreign stalls, too much food-to-go, no emphasis on food shopping, little long-term planning and development.

"The worry is that the temptation by the organisers is to go for the easier, more lucrative option – to turn it into a tourist attraction. This should not be allowed for a variety of reasons and primarily because as consumers we will all lose out."

During 1998 Henrietta Green ran a series of weekend food fairs in the then run-down wholesale market which led to the reinvention of Borough as a centre for food and drink.

Locals, who often complain that the proliferation of hot food stalls and crowds of tourists makes it hard to buy ingredients for home cooking, will soon have alternative shopping options with the weekly Bermondsey Farmers' Market starting in November and regular Slow Food Markets on the South Bank.

In recent months Borough Market stalwarts Monmouth Coffee have teamed up with Neal's Yard Dairy to offer groceries for public sale at the Maltby Street roastery every Saturday morning.