Remembrance Sunday was observed in SE1 with ceremonies in Borough High Street and at the Soviet War Memorial in Geraldine Mary Harmsworth Park. 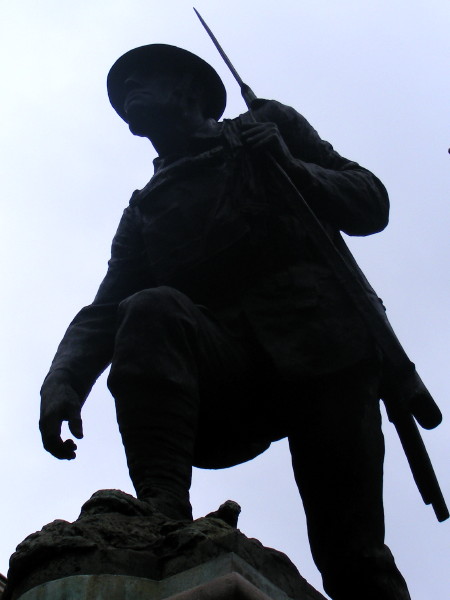 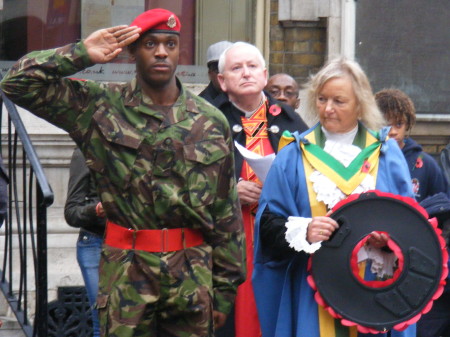 Service of remembrance at the Borough War Memorial 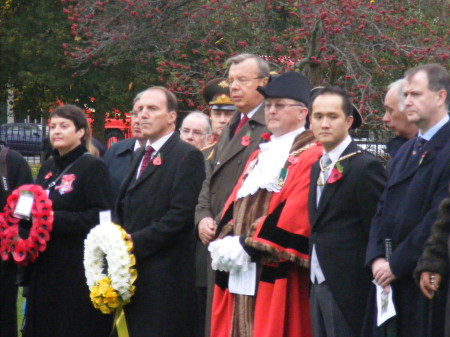 Val Shawcross AM, Simon Hughes MP, the Russian ambassador and the Mayor of Southwark were among participants in a ceremony at the Soviet War Memorial 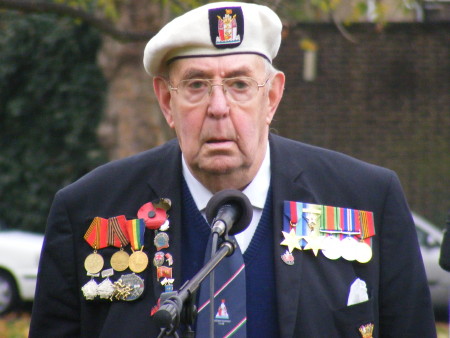 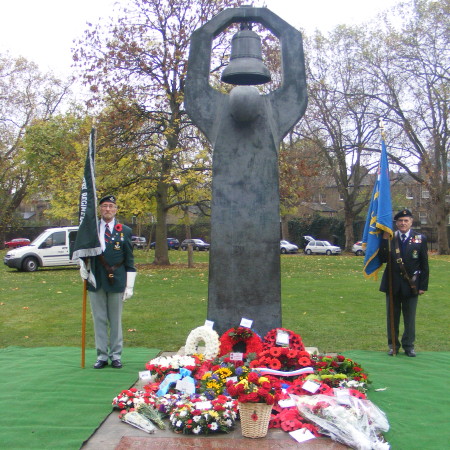 At the Borough War Memorial outside the Slug & Lettuce in Borough High Street a short service was led by Fr Floribert Kalinda from the Church of the Precious Blood and Fr Ray Andrews from St George the Martyr.

Cllr Adele Morris laid a wreath on behalf of all the Borough & Bankside councillors. Wreaths were also laid by representatives of St George the Martyr parish, the Queensborough Community Centre and local firm CG Hacking.

At Southwark Cathedral local police cadets took part in the Choral Eucharist for Remembrance Sunday. In the afternoon the cathedral hosted an inter-faith service of prayers for peace.

Wreaths were laid by representatives of many of the embassies of countries which were formerly part of the USSR, as well as a range of Anglo-Russian organisations.

In his introduction Philip Matthews, chair of the Soviet Memorial Trust Fund, highlighted the BNP's recent electoral success in the European Parliament and London Assembly elections as an example of the need for continued awareness of the sacrifices made by past generations to ensure our freedom today.

"In this great continent of Europe, which stretches to the Urals in Russia, and right to the western coasts of Spain and Portugal, we have a common duty to lead the world in peace-building as well as defending freedom," said Simon Hughes MP.

"I hope that today will remind us always not just to remember those who paid the price but to remember that we all have an obligation to make sure that the lesson is learnt so that we have fewer deaths and fewer conflicts and a more peaceful world in the future."

Last Friday City Hall held its annual service of remembrance which was once again led by Canon Richard Truss, former vicar of St John's Waterloo. The address was given by the Bishop of Southwark, Rt Revd Tom Butler. Wreaths were laid by Mayor of London Boris Johnson, London Assembly chair Darren Johnson and representatives of other London-wide bodies.

• On Wednesday 11 November ceremonies of remembrance will be held at Guy's Memorial Arch and the Imperial War Museum where the Last Post and Reveille will be sounded by a member of the Band of the Brigade of Gurkhas.

• A service of remembrance will also be held on Wednesday morning on board the MV Havengore, a boat which played an important role in Winston Churchill's waterborne funeral procession. A wreath of poppies will be laid on the Thames between the Houses of Parliament and St Thomas' Hospital at about 11.15am.