Pupils from the City of London Academy in Lynton Road took part in the Lord Mayor's Show on Saturday. 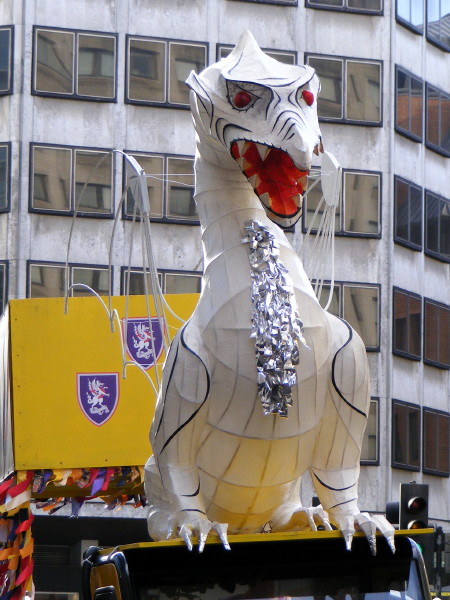 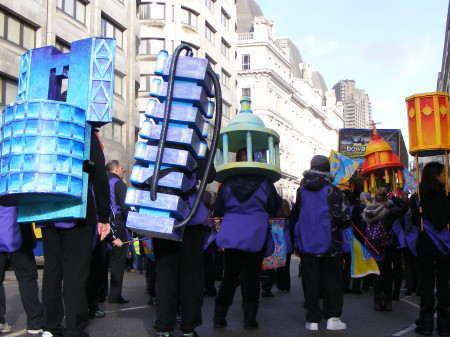 The Lord Mayor's Show is an annual parade through the Square Mile to mark the start of the new mayoral year. The 682nd Lord Mayor of London is Nick Anstee, a senior director at law firm SJ Berwin which has its offices at the north end of Southwark Bridge.

The wind and the rain may have forced the cancellation of the planned RAF flypast and fireworks display, but it didn't dent the enthusiasm of the Bermondsey youngsters.

For six weeks staff and students, under the guidance of senior vice principal Dave Davies, have been constructing the fire-breathing dragon, based on the school's badge, in the academy's subterranean car park.

The dragon was accompanied by pupils wearing costumes representing City of London landmarks including the Lloyds of London building and Tower Bridge.

The academy's participation in the show was funded by a Ł15,000 grant from the City of London Corporation to encourage residents of the City's neighbouring inner-city boroughs to get involved in the event.

In celebration of the 800th anniversary of London Bridge, the City Bridge Trust's float featured a scale model of a 100 metre long opening bridge designed by Thomas Heatherwick.

The bridge design is an evolution of Heatherwick Studio's well-know Rolling Bridge at Paddington Basin and has been designed to span a waterway the size of the Thames.

The scale model, made from laser-cut aluminium and timber, consists of 40 moving segments which were rolled and unrolled dozens of times during the procession. In its closed position the bridge looks like an unassuming structure. When opened, it forms two heart-like shapes sitting on piers over the water.

The annual 5pm fireworks display launched from a barge on the Thames between Waterloo Bridge and Blackfriars Bridge was cancelled on the advice of the Port of London Authority due to the very high winds.

This year sees the City of London Academy open for its seventh year. This year's year 13 pupils will be the first group to have joined the school in year 7 and completed a full cycle.

The new sixth form team will be holding an open evening on Thursday 3 December between 5.30pm and 8.30pm. All interested Year 11 pupils and their parents are invited to attend and discuss the variety of courses that are going to be offered next academic year. If anyone requires further details then contact the academy on 020 7354 5100 or [email protected]

• City of London Academy is the venue for a youth-themed meeting of Bermondsey Community Council on Tuesday 8 December.