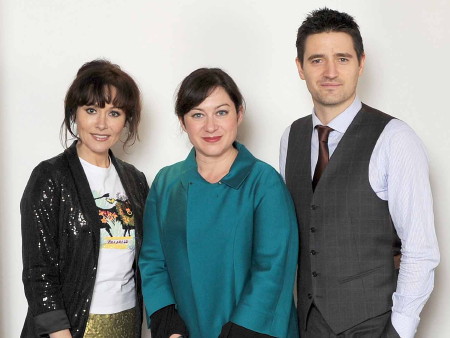 25 plucky youngsters from the Evelina Children's Hospital in Lambeth gave a rousing performance of I will follow, from Sister Act, to an audience of more than 600 guests.

The group known as Evelina Pride, are aged between 12 and 17 and meet regularly to socialise, take part in creative activities – including singing, and go on trips.

Amanda Mealing who gave two readings at the event said: "The children were phenomenal and really lit up the stage; as professional actors, we are used to standing up and performing in front of an audience, but the children were the real stars of the night."

In October Amanda Mealing spoke about her gratitude for the care that her best friend, SE1 resident Paul O'Grady, had received at Guy's Hospital after a heart attack.

In addition to performances by choirs including Rotherhithe & Bermondsey Choral Society and readings, guests also heard Gill Hicks MBE, a survivor of the 7/7 bombings, give her recollection of the care she received at St Thomas' Hospital and the staff who saved her life.

The event supported the work of the Guy's and St Thomas' Charity.