Police investigating the fatal collision between a cyclist and a lorry at the corner of Tower Bridge Road and Druid Street last Tuesday morning are appealing for witnesses to come forward. 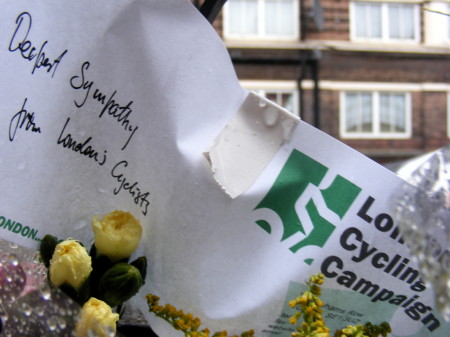 Flowers from London Cycling Campaign, based in nearby Newham's Row 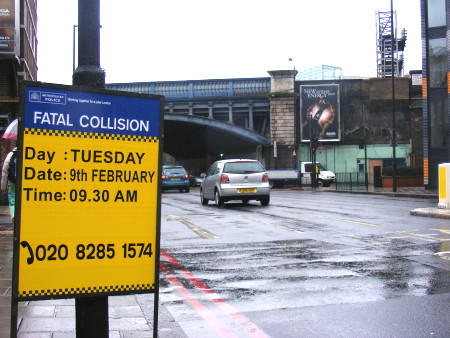 The cyclist killed in the collision has been named as David Vilaseca, professor of Hispanic Studies at Royal Holloway, University of London.

Professor Vilaseca, aged 46, was pronounced dead at the scene of the collision which happened at about 9.30am on Tuesday 9 February.

He was a specialist in modern Spanish and Catalan literature and Queer Theory.

A notice on the website of Royal Holloway's School of Modern Languages, Literatures and Cultures says: "The thoughts of the whole school are with his family, friends, colleagues and students at this most difficult of times."

A post mortem at Greenwich Mortuary gave the cause of death as head injuries.

Officers from the collision investigation unit at Catford are investigating the incident and would like to hear from anyone who saw what happened.