A new community orchard at Archbishop's Park is to be used to help local school children learn about food growing and healthy eating. 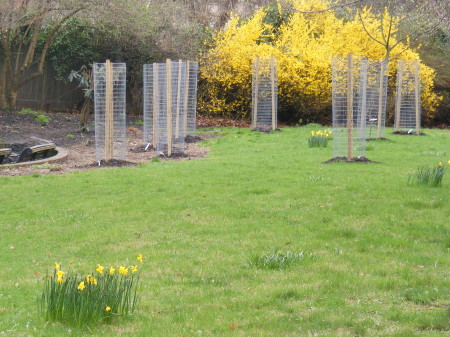 Some of the new fruit trees in the community orchard 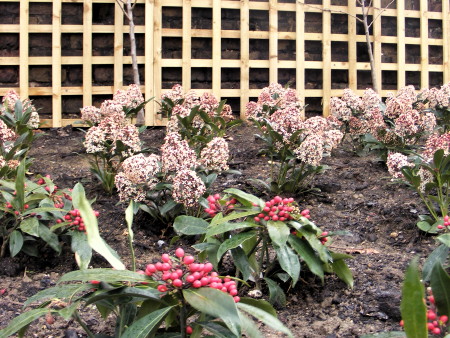 Local residents joined forces with staff from Lambeth Council, the London Orchard Project and Veolia Environmental Services to transform the north-western corner of Archbishop's Park in Waterloo into a thriving new orchard earlier this year.

So far they have planted over 25 saplings including native species such as the Bramley Apple Seedling, Victoria Plum and Conference Pear along with peaches, fig and damson.

The project is led by the Friends of Archbishop's Park. The Friends will be working with the Garden Museum and local schools to teach children about healthy eating and the cycle of food from tree to table.

"The park is used by all sectors of our community an we are fortunate to have support from local employees who are going to make us some raised beds where the children can then grow simple food like lettuce and herbs," says Helen Lees, chair of the Friends group.

"The idea behind this is to support healthy living and get tired and stressed workers away from their desks and enjoy the outdoors whilst helping their community."

The orchard has been created in the section of the park closest to Lambeth Palace Road which was added to the park to compensate for open space lost during the post-war redevelopment of St Thomas' Hospital.

Archbishop's Park last year gained a prestigious Green Flag award, and it is hoped that the orchard initiative will help the park to retain the flag this year.