In 2006 the Southwark local elections produced a hung council with 28 Labour councillors and 28 Lib Dem members. Since then a Lib Dem/Tory administration has run the borough. Labour leader Peter John delivers his verdict and talks about his party's plans. 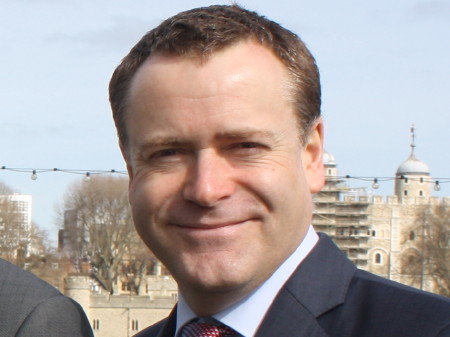 Peter John, who represents South Camberwell ward, is the leader of the opposition group on Southwark Council.

We invited users of this website to submit questions they'd like to ask those seeking to run our local authority. We put a selection of those questions to him. I began by asking him for his analysis of the past four years.

"The last four years has been a disaster in terms of the council's performance," he says. "If you just look at our objective ratings by outside bodies and the Audit Commission our performance has simply plummeted.

"If that is an administration doing well, then really Nick Stanton needs to be removed from his office tomorrow."

I ask him about how his group has scrutinised the work of the council administration over the past four years, and he talks about the response to the Lakanal House fire in Camberwell and the fire safety work that has become such an issue across the borough.

He also says that Labour has "campaigned strongly" on Southwark's perceived failures in reaching the government's decent homes standard.

What would Labour do about the housing shortage in the borough, particularly in family-sized homes?

"The first thing we'd do is not sell off our existing stock. The Liberal Democrats claim that Labour has 'secret plans' for this, that and the other in respect of housing, but at the same time they are selling off our council property including larger homes.

"Just last week in my own ward, four large family properties were sold off by the council. The council tried to sell off Maydew House – which includes larger flats – at the beginning of this year."

Dealing with the housing department

One Cathedrals ward resident asks what the parties would do to reform the housing department to provide a better service to tenants and leaseholders.

"The first thing you need to do is to have a housing department. At the moment we don't have a housing department in a recognisable form. We have a strategic director housing, environment, leisure, paperclips and every other subject within her remit. That's just not sensible when you are the second largest landlord in the country and you have 46,000 properties.

"You have to have a dedicated strategic director of housing with a very clear housing department beneath him or her and managers clearly responsible for certain areas. We don't have that in Southwark. It's completely the fault of the Liberal Democrats and Tories who have reorganised and restructured and reorganised again the housing department."

Many SE1 website users asked us to press the candidates on their commitment to the Elephant & Castle regeneration. Peter John has been a vocal critic of the present administration's handling of the process. I asked what positive vision Labour could offer for the Elephant if it takes control of the council.

"We want a deal signed and we want it signed sooner rather than later," he says.

"It was an agreement to build houses – and private houses at that. That's simply not good enough.

"At the moment there is no plan to deal with the shopping centre and what phase that will be within the whole regeneration structure.

He says he is determined that Labour would deliver progress in contrast to what he calls "eight years of complete failure by the Lib Dems through a lack of political leadership".

"One of our key pledges is to double recycling to 42 per cent – that's the most ambitious target of any of the major parties in Southwark – and to deliver that within four years. We'll do that by bringing on food recycling earlier than was proposed and we would have TetraPak and single bag recycling right across the borough to make recycling easier for people. That's the key to increasing our rate.

"The second thing is that time and again they have come forward over the past four years to sell off or building on council green space. That is unacceptable."

A Cathedrals ward resident wants to know how the council will Balance the demand for student accommodation in the north of the borough with the interests of the long-term population.

"I can understand people's concern about that," he says. "In my own ward we've had a planning application that's recently gone through to hugely increase the size of King's College halls here.

"I know that residents get very concerned about that. I think that in places like Cathedrals and Chaucer wards you've got to Balance the fact that whilst there has been a significant increase in student accommodation there has also been a commensurate increase in private homes and developments.

"I don't think the student accommodation is disproportionate to the area. Obviously students come to London ... and want to live in central London.

He adds "As long as there is a proper Balance ... I don't recognise that as a problem".

A Grange ward resident is concerned about the emerging planning policy that would pave the way for a cluster of tall buildings at the eastern end of St Thomas' Street close to Bermondsey Street: how would a Labour administration in Southwark seek to Balance local opinion and central London development pressure?

"I think we do have to ensure that the community is as happy as possible about any development – and obviously the consultation is important...

"We shouldn't roll over and accept anything that's put forward, but likewise I don't think we should say that we don't want any further development in this part of the borough.

"I think we should look at every proposal on its own merits but recognise that that part of the borough has changed whether people like it or not, and I daresay will continue to change."

He stresses that successful regeneration ensures that people don't become "strangers in their own communities" and doesn't impose unwanted developments on local populations.

Southwark Lib Dems have given a commitment to lobby Transport for London to get rid of the Bricklayers Arms flyover. A Chaucer ward resident wants to know whether other parties back this proposal.

"It's an eyesore, isn't it? It would be good if we could sort that out. I'd want to know what the Lib Dems have done over the last eight years. Why are they just saying they will lobby? Why haven't they got firmer proposals at this stage after eight years in power? ... It will certainly be on our transport agenda as well."

Lambeth – Southwark cooperation (and beyond)

At the start of the election campaign Peter John and his Lambeth counterpart Steve Reed announced that if Labour wins control of both town halls it will seek cost savings by integrating some council services and also coordinating council policy on issues of mutual concern. I ask Peter to explain further what this might mean for local residents.

"The point is we know that we are going to be under huge financial pressure over the next four years and we've got to do all we can to try and cut our back-office costs in order to preserve our front-line services.

"The second aspect of it, of particular importance to SE1 residents I think, is that people complain time and again about a lack of joined-up thinking and working in areas of our borough where we have boundaries with Lambeth. I think particularly of the South Bank, Camberwell and Herne Hill.

"If there's anything we can do working more closely with Lambeth to ensure that we get more joined-up thinking and working in those areas I think that can only be to the benefit and advantage of residents in those areas."

Lambeth's Labour Party made headlines earlier this year when it pledged to adopt a co-operative 'John Lewis-style' approach to council services, in contrast to the easyJet model favoured by some Conservatives in north London. Will Southwark follow suit?

"I think we'll look at what Lambeth are doing in terms of that," he says.

"The whole idea of co-operative working and mutualism lies at the foundation of the Labour movement 150 years ago, so it's something that's not new to Labour.

"I think we'll see how Lambeth progresses ... it could be very interesting but there's nothing hard and fast that we would be implementing within our first year in office."

How can I get more involved?

A Bermondsey resident asks how they can get more involved in local and civic life. I ask Peter whether Labour will retain the eight community councils set up by the Lib Dems to bring debate and decision-making closer to residents.

"I think we're committed to keeping community councils but I think they can be improved hugely," he says.

"I don't think we're reaching out beyond a core group that turn up at the community council meetings in the eight areas.

"I'd like community councils to be far more responsive – moving around their areas rather than being based in one place and changing the times of meetings if possible.

"In Camberwell when we had opportunities to hold events on Camberwell Green during the day and move around the area more frequently I think that resulted in better attendances and more involvement."

He also pledges to improve the status of council assembly (the full gathering of all 63 councillors) by holding meetings more frequently and providing more opportunities for deputations and public questions.