The tenth birthdays of Tate Modern and Bankside Open Spaces Trust were celebrated on Saturday with a colourful - and noisy - wheelbarrow parade around the area's parks and open spaces. 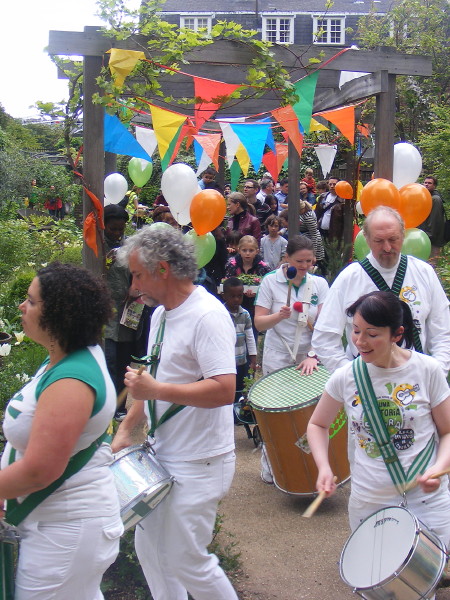 London School of Samba in the Community Garden at Tate Modern 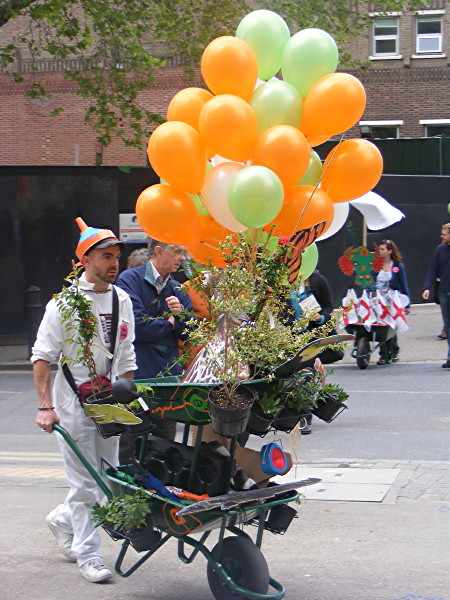 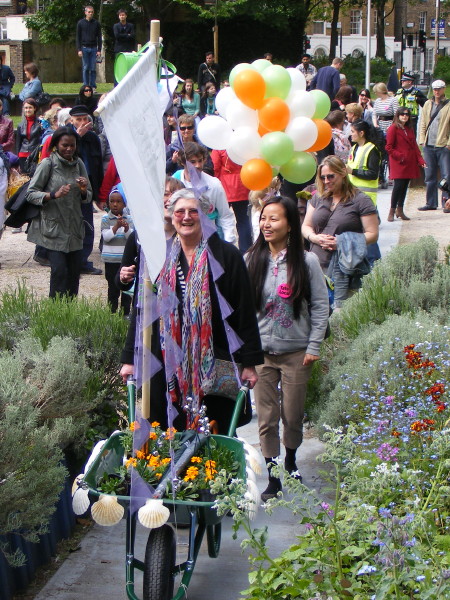 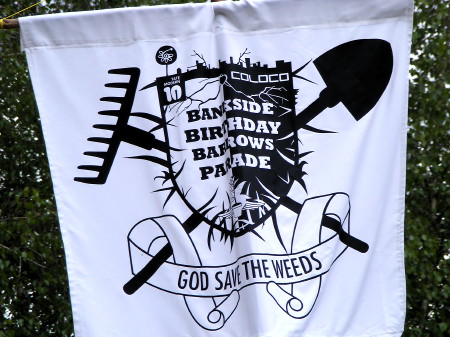 The birthday banner was at the head of the parade 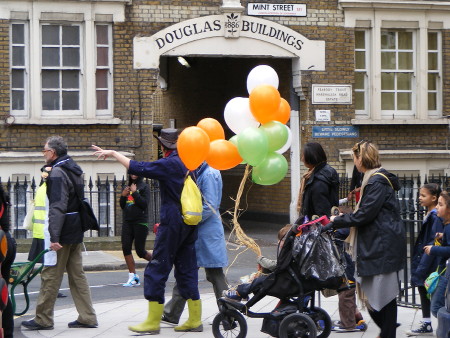 The procession in Marshalsea Road 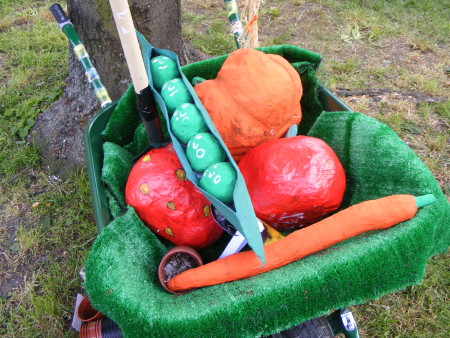 Giant fruit and vegetables in the Brookwood Triangle barrow 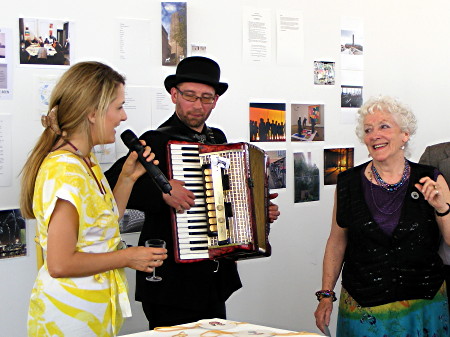 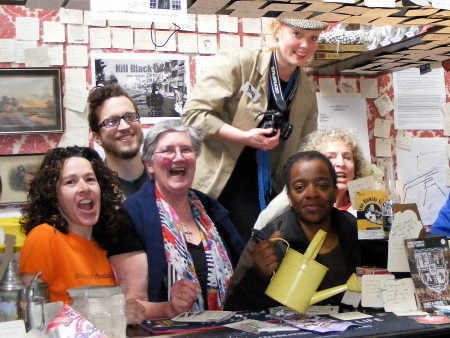 Coloco and Exyzt from Paris organised the wheel barrow and flying gardens parade to celebrate urban nature and community activity.

Participants were invited to dress in bright colours with scooters, buggies or mobility vehicles and join the procession led by the Waterloo-based London School of Samba.

Exyzt is the Parisian collective responsible for 2008's smash hit Southwark Lido installation as part of the London Festival of Architecture.

The parade began in Tate Modern's Turbine Hall and made its way through the community garden alongside the gallery, on to Mint Street Park, Little Dorrit Park and finally Red Cross Garden where tea and cake were served.

Wheelbarrows full of plants for each of the gardens cared for by Bankside Open Spaces Trust were pushed through the streets. Each was specially decorated: the barrow for St George's Garden was festooned with red and white flags whilst the barrow for Christ Church Garden featured scallop shells to represent the Confraternity of Saint James which is based at Christ Church Southwark.

Bankside Open Spaces Trust was founded a decade ago at around the same time as the opening of Tate Modern. It now manages many small parks and gardens across north Southwark and Lambeth.

On Sunday Tate Modern's birthday celebrations continued with an event called Bankside Views. Artist collective Black Dogs invited local residents to bring along an object or image that represents their relationship to the gallery to be displayed for the afternoon and incorporated into an online record.