Did you see this man on Golden Jubilee Bridge?

Police investigating the death of 36-year-old New Zealander Johnny Sleigh have appealed for anyone who saw him in the Hungerford Bridge area in the early hours of Saturday 8 May to come forward. 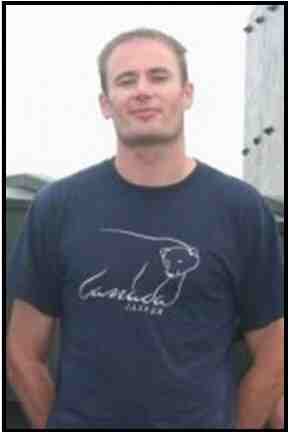 Detectives investigating the disappearance of a 36-year old man have confirmed that forensic tests have established that a body recovered from the River Thames is John Sleigh.

Officers have also released an image of John, who was also known as Johnny, captured on CCTV in Drury Lane shortly after he left the Guanabara Nightclub in Parker Street on Saturday 8 May.

Johnny had spent the evening at the nightclub with friends but left alone at about 1.20am. It is thought that he was returning home to Clapham.

Johnny who was originally from New Zealand was reported missing by his boss after he failed to turn up for work on Monday 10 May.

A police investigation to find him was immediately launched. On Monday 17 May his body was recovered from the River Thames near Tower Bridge.

Johnny's death is not being treated as suspicious and a post-mortem gave the cause of death as drowning.

Detectives now have CCTV footage of Johnny on one of the Golden Jubilee Bridges alongside Hungerford Bridge heading towards the South Bank shortly before 2am on Saturday 8 May.

"We are appealing for anyone who may have seen Johnny during the early hours of Saturday 8 May before 2am, particularly on or around Hungerford Bridge, to contact the police," says Detective Inspector Tim Dobson of the Met's Homicide and Serious Crime Command.

"We know from CCTV that there were several people using the bridge and any of them may be able assist us in establishing how Johnny came to be in the water."

"We also know from CCTV that he did not reach the other side of the bridge. Similarly we would also like to speak anyone whom may have met him in the Guanabara Bar earlier that evening."

Johnny's father and mother Peter and Caroline Sleigh have issued a statement on behalf of the Sleigh family:

"We are very sad that our precious son is no longer with us. The days since Johnny went missing have been some of the most difficult in our lives as we waited for news from the other side of the world. We very much wanted Johnny to be found alive, but to our great sadness this has not turned out to be the case. It is a parent's hope their child will return safely from travels abroad and a parent's nightmare that something happens while they are away."