Simon Hughes is to stand for the deputy leadership of the Liberal Democrat Party. 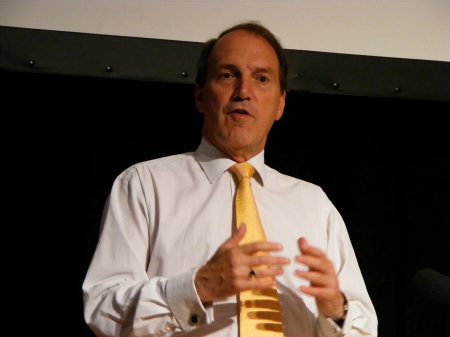 Simon Hughes at the Salmon Centre 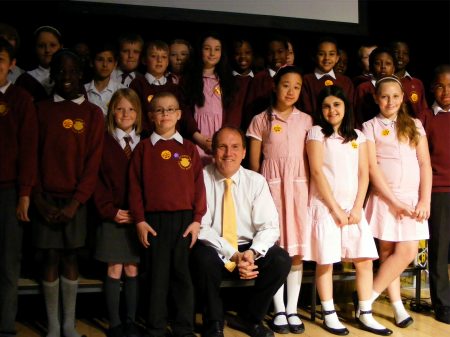 "It would be a great honour to serve my party as Deputy Leader," said the Bermondsey & Old Southwark MP when he made the announcement at the Salmon Youth Centre in his constituency on Friday morning.

"Our party is at the beginning of an exciting journey in a difficult and challenging time for our country. We are now in government and implementing Liberal Democrat policies for the first time in generations.

"The first UK coalition for 65 years will mean great changes and challenges for Liberal Democrat MPs and our party round the country.

"I believe that I have the strength and breadth of experience to make sure that our party is a strong, supportive but independent voice within and around the coalition."

Simon Hughes is seeking to succeed Vince Cable who has resigned as deputy leader following his appointment to the government.

"Simon has given the most phenomenal service to the party over his 27 years as an MP," said the minister.

"He represents the best traditions of the Liberal Democrats, both as a parliamentary campaigner and community activist. Simon is the person best placed to follow me as Deputy Leader and uphold the values of our party."

Also unveiled at the press conference in Old Jamaica Road was the campaign slogan: 'Simon Hughes, The Life and Soul of Our Party'

The MP confirmed, in answer to a question from the London SE1 website, that if successful he would negotiate with the Speaker to be called first in the House of Commons after the Leader of the Opposition on major occasions.

Earlier he had said: "I hope I can speak for the whole party. The members of parliament who are not in government need someone to see that they get the profile to participate. We must make sure that the Liberal stream of policies comes to parliament and influences as much as our partner's stream."

In his campaign brochure to be circulated among the parliamentary party he says: "I will ensure that Liberal Democrat ministers, of whom we are all proud, never forget they are our representatives in government."

The top class from nearby St James's Primary School was present to witness the announcement by the Bermondsey & Old Southwark MP.

Simon Hughes is the first candidate to declare. Nominations close on Wednesday 2 June. The choice will be made by Liberal Democrat MPs and the result is expected on Wednesday 9 June.