1983 Bermondsey by-election to be explored in new play

The author of a new play about human rights activist and SE1 resident Peter Tatchell says he has received "fresh revelations" regarding the controversial 1983 Bermondsey by-election. 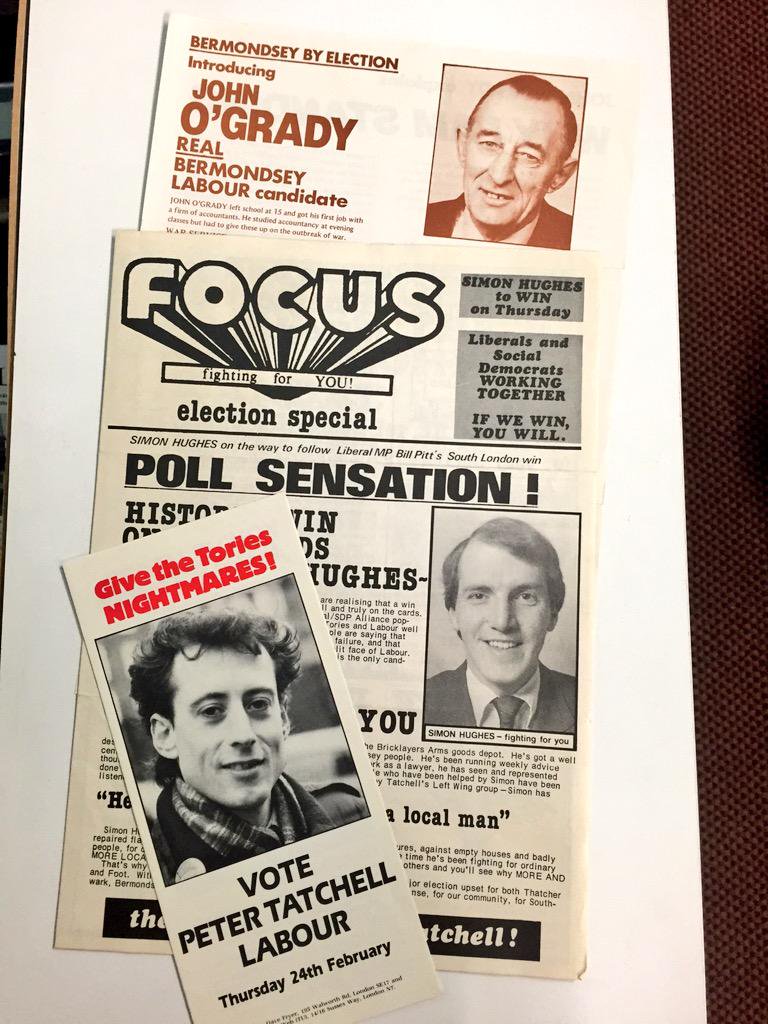 A selection of campaign literature from the 1983 Bermondsey by-election

The People's History Museum in Manchester has appointed Stephen M Hornby to be a playwright in residence, researching and writing a new play based on the life of Peter Tatchell.

A rehearsed reading of the new play will premiere at the museum on Sunday 10 February 2019 as part of OUTing the Past, the national festival for LGBT+ history.

The play will focus on the controversial 1983 Bermondsey by-election, when Tatchell stood as the Labour Party's parliamentary candidate. He was defeated by Liberal candidate Simon Hughes who took the seat with the biggest swing in British electoral history.

The playwright has also been carrying out a series of interviews with Tatchell in person.

"It's been an amazing opportunity to have access not just to the original Labour Party papers on the Bermondsey by-election, but also to Peter," said Stephen M Hornby.

"He's been so generous in giving me his time and some fresh revelations about this episode in his life.

"I was genuinely stunned by some of the things that Peter has told me and that I've discovered.

"I think we're ready now to reassess the politics of the early 1980s, to fully acknowledge the vile homophobia that was present in some parts of the Labour Party then for the first time, and to learn some fresh lessons that are relevant to the Labour Party of today, and in politics more generally."

• In 2013 – 30 years on from the by-election – Simon Hughes and Peter Tatchell shared a platform at the Rotherhithe & Bermondsey Local History Society. You can watch the full video of the event here.