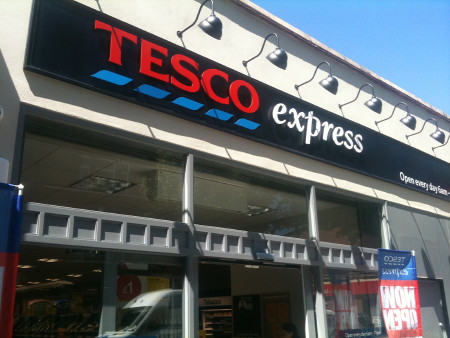 In February we reported that Tesco had taken a 20-year lease on the former Lloyds TSB bank opposite The Hartley.

The Lloyds TSB cash machine has been retained outside the shop.

The new store will compete with Sainsbury's Local at Bermondsey Square which opened in September 2008.

Tower Bridge Road already has many convenience stores, including a 24-hour Costcutter adjacent to Tesco Express.

There is also a Tesco Express store at Empire Square in Long Lane and another branch recently opened in the former Woolworths premises at The Blue in Southwark Park Road.