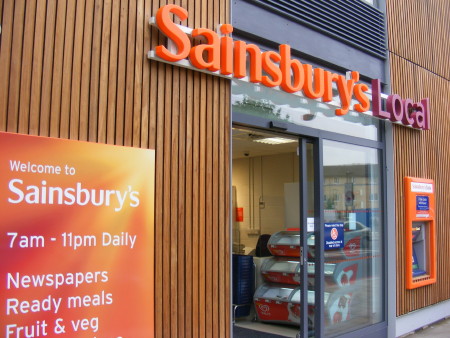 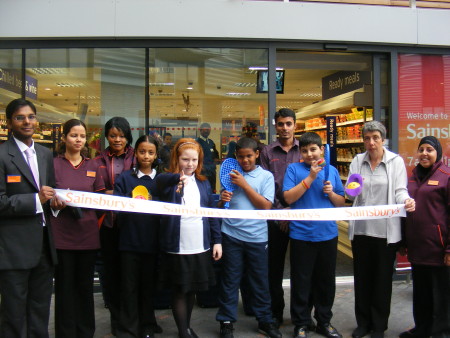 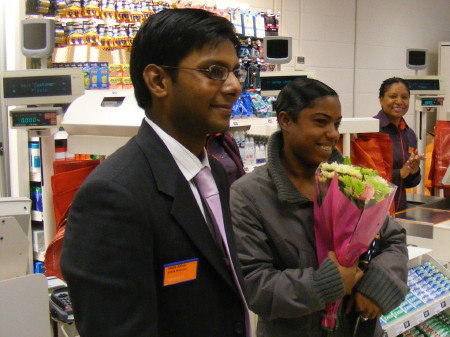 The new store, which has entrances on Tower Bridge Road and Bermondsey Square, has created 40 jobs.

To mark the opening of the store Sainsbury's has presented Tower Bridge Primary School with play equipment from its Active Kids scheme. Four pupils from the school were on hand to cut the ribbon to officially open the new shop.

The first customer – a local resident who described the arrival of Sainsbury's as "fantastic" – was presented with a bouquet of flowers and a bottle of champagne whilst staff applauded.

All customers on the first day of the new store were given a free reusable 'bag for life' (normally 10p each) to encourage re-use.

The store will be open daily 7am to 11pm and Sainsbury's says that it will operate "with the greatest of respect for neighbours".

On Saturday the square hosts its inaugural open air movie screening as part of the Bermondsey Street Festival.

The arrival of Sainsbury's Local in Bermondsey follows the opening 11 months ago of Tesco Express at Empire Square in Long Lane.

Three months ago M&S Simply Food opened in Southwark Street, but this week announced reductions in its opening hours.

The identity of the supermarket operator in the new PricewaterhouseCoopers building in Tooley Street is currently the subject of speculation on our forum.

And this week Aldi regional director Graham Hetherington told the Evening Standard: "We are looking at opportunities right in the heart of London. We may not go right into the middle of the city straight away, but I've been looking at sites in the London Bridge area."