The British Film Institute remains committed to plans for a new film centre on the South Bank despite the news that the incoming coalition government has withdrawn £45 million of funding for the scheme. 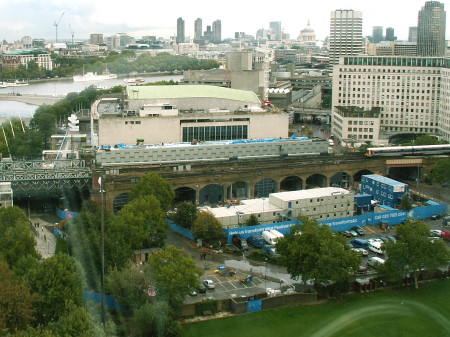 The BFI proposes to replace BFI Southbank with a new centre on the Hungerford Car Park site next to Jubilee Gardens.

"It is obviously disappointing that the severe financial problems facing Britain mean that the Government can't contribute at present to the BFI Film Centre," said Ed Vaizey, minister for the creative industries.

"Although we are unable to commit to some large scale capital investment projects while tackling this unprecedented deficit, I want to make sure that we are supporting the film industry, and that we make sure every pound of public money we spend gives the maximum benefit."

The proposed location of the film centre is likely to be controversial with local activists who believe that Jubilee Gardens should be extended across the car park to the railway viaduct.

"We had already anticipated that the Government would not be able to afford investment in the BFI Film Centre at this time and knew that we would face a challenge on the project, but we remain committed to taking it forward," said a BFI spokesman.

Last month the BFI began the search for an architect to design the new centre. At that time the institute said that the film centre was scheduled for completion in 2017.