Richard Bridge, chair of the Waterloo Community Coalition, has been appointed to Lambeth Council's commission to help develop its 'co-operative council' approach. 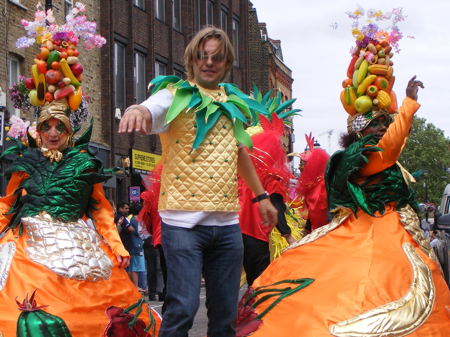 In February Lambeth's Labour Group hit the headlines when it pledged that if it was returned to power at the local elections in May it would pursue a 'co-operative council' policy to bring mutualism and public involvement to a wider range of public services.

Richard Bridge, chair of Waterloo Community Coalition (WaCoCo) has been named as one of the members of a commission set up to take evidence about how a co-operative council might work in practice.

WaCoCo was set up as a partnership between community groups in Waterloo to fill the void after single regeneration budget (SRB) funding came to an end.

Richard Bridge was a Labour Party candidate in Bishop's ward in the 2006 local elections. He works for Community Matters, the national federation of community associations.

The Commission will meet throughout July, September and October and deliberate on the co-operative council proposals.

Members of the public will have an opportunity to present their views directly to the commission at its first public meeting on Thursday 29 July at Lambeth Town Hall from 6pm to 8.30pm.

The commission will run until October and will develop its report in November outlining its findings and recommendations on how project can go forward. This will be considered by Lambeth Council's cabinet at its 13 December meeting, before a further three month consultation process is undertaken to get detailed resident feedback on the reports recommendations.

In contrast, neighbouring Southwark's new Labour regime has set out a different take on the notion of a co-operative council centred on "empathy, openness and trust".

Last month council leader Peter John wrote in a report to Southwark's cabinet: "This is not a borough where cultures clash, but where by coming together Southwark residents create a unique sense of community.

"We will reflect this as an organisation by showing residents true compassion and the same care and consideration that we show members of our own families.This is what it means to be a cooperative council."

Before the election Cllr John said in an interview with the SE1 website that he would be watching Lambeth's co-operative council proposals with interest but had no firm plans to emulate them in Southwark.