Visitors to the South Bank will be able to try out Thomas Heathwick's playful Spun Seats this weekend as part of the London Design Festival. 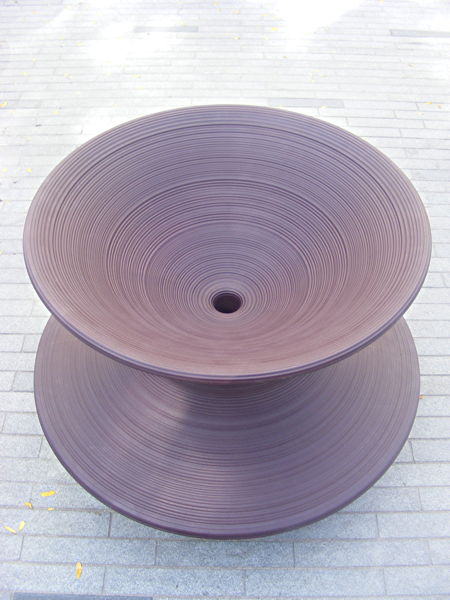 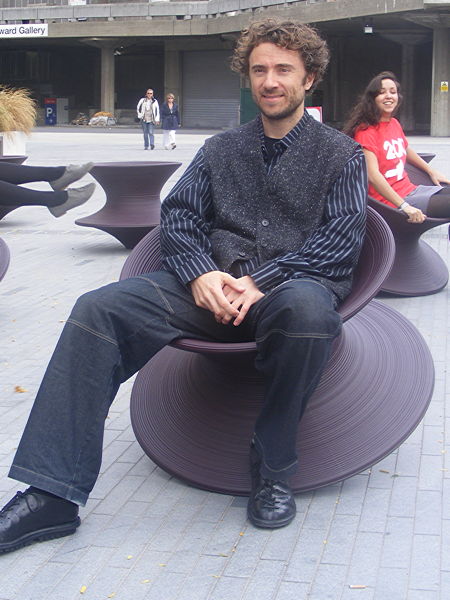 The Spun Seat was created by the London-based designer for Magis and unveiled in Milan earlier this year.

The seat, made from heavy duty moulded plastic, invites people to play with it.

Approximately 30 of the seats will be available for public use on Southbank Centre Square until Sunday 19 September to mark the launch of the London Design Festival.

Southbank Centre is also hosting a new installation by Paul Cocksedge who has conceived Drop as an outsize coin 'which has fallen to Earth from a giant's palm'.

The giant coin is magnetised to encourage human interaction, enabling passers-by to place spare pennies on the reflective surface, and as a result, altering the appearance of the installation.

As more pennies are added, the work evolves in front of the public's eye as Drop's surface becomes plated in copper.

At the end of the exhibition on 17 October the public contributions will be counted and Barnardo's corporate partners will turn every penny into one pound.