The historic United St Saviour's Charity - established in 1541 - has appointed Jim Wintour as its new director and is to relocate its head office to SE1 from its current base in Purley. 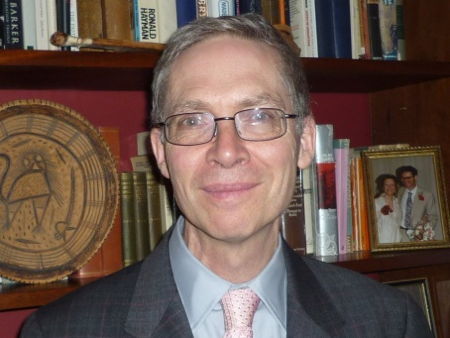 The United St Saviour's Charity was founded in 1541 with grants from Henry VIII and is devoted to the alleviation of poverty and need in areas of Southwark and Bermondsey.

Its property portfolio is concentrated around Borough Market and its college (almshouse) is in Purley.

Jim Wintour, previously director of housing and adult social care at Camden Council, takes up his new role as director of the charity on Monday 18 October.

He is a former Southwark resident and holds a master's degree from Harvard University. Prior to his work at Camden he was director of neighbourhood services at Greenwich Council and chief executive of Gravesham Borough Council.

In his new role he will be overseeing the charity's £25 million of assets, managing its almshouses and developing its grants programme.

Jim will initially be based at Purley but one of his first tasks is to return the charity's head office to its spiritual home in Southwark. The organisation was formerly based in Park Street.

"I am very excited by the challenge of this new role at United St Saviour's," says Jim Wintour.

"I share the passion of the trustees of United St Saviour's about improving the lives of the people in our area of Southwark.

"We are committed to increasing our income, to finding more Southwark residents to live in our lovely almshouses, and to listening more to local residents and other voluntary organisations in Southwark."

Philip Sturrock, chairman of the board of trustees, says that he believes that "a new chapter is opening in the charity's history".