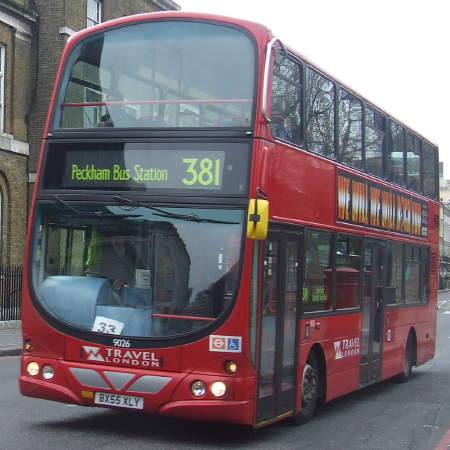 In August we revealed Thames Water's plans for a six-month partial closure of the street.

Motorists using Blackfriars Road as an alternative route will be able to turn right into Southwark Street which is normally a prohibited manoeuvre.

Transport for London is warning of "severe delays" to buses on routes RV1 and 381 which will both be subject to lengthy eastbound diversions.

Buses on route RV1 will proceed as normal from Royal Festival Hall along Upper Ground before turning south down Cornwall Road and heading west along Stamford Street.

Buses will then go south down Waterloo Road and north up Blackfriars Road before returning to the normal route along Southwark Street.

The diversion means that passengers on the RV1 travelling between Covent Garden and London Bridge will travel twice around the Waterloo roundabout by the BFI IMAX.

TfL says that bus drivers have been instructed to serve bus stops on the diversion routes on request.

At the Waterloo roundabout there are signs directing cyclists via Upper Ground whilst motor traffic is routed via St George's Circus.