Blackfriars Road to remain shut for another fortnight

Blackfriars Road is likely to be closed for a further two weeks whilst Thames Water repairs a burst water main. The Cut and Union Street will be shut to through traffic for several weeks after that. 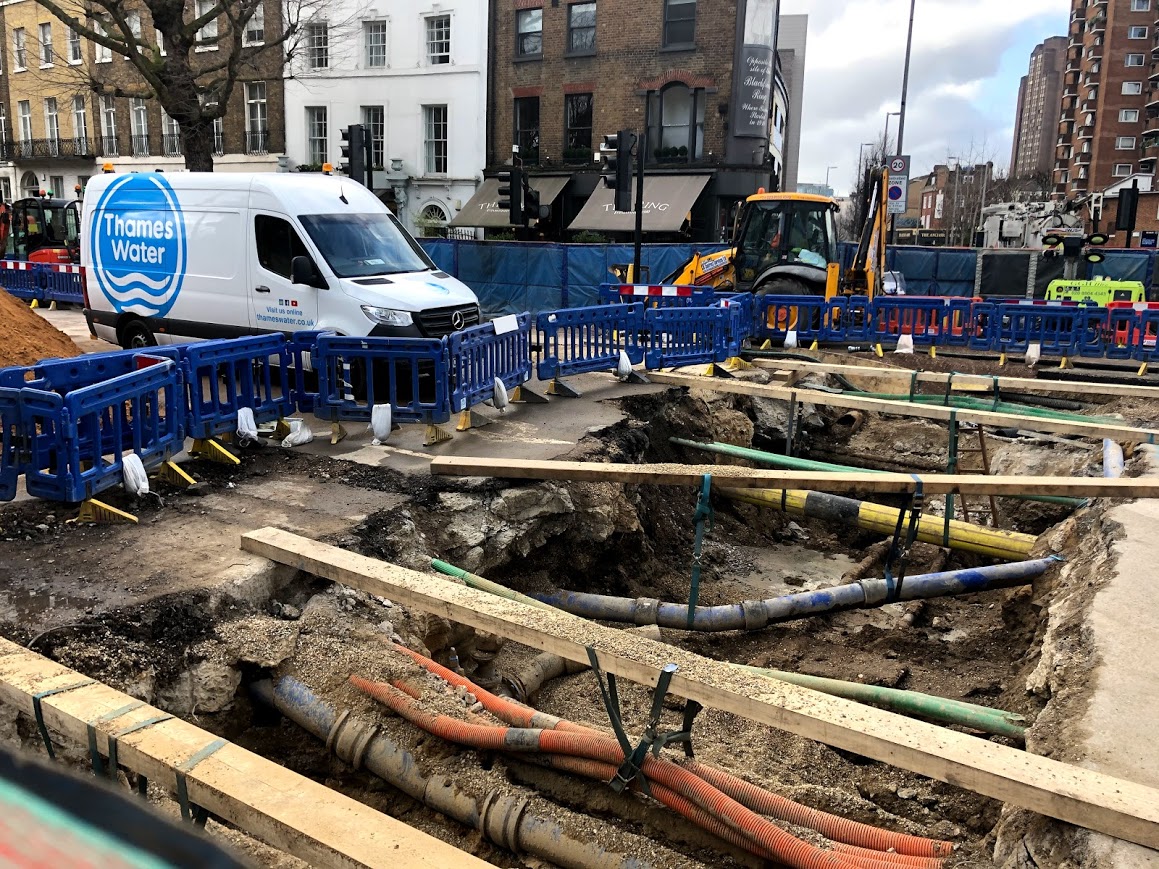 Blackfriars Road has already been shut for nearly two weeks since the road was flooded by a burst water main on Tuesday 21 January.

The SE1 website asked Thames Water for an update on repair work after contradictory reports were circulated by local politicians on Friday.

"Blackfriars Road is set to remain closed until around 13 February while we carry our more work on our pipe," a Thames Water spokeswoman said.

"The Cut and Union Street will be closed for a few more weeks after that so we can reline the pipe once the damaged section has been repaired."

Buses which usually use Blackfriars Road are diverted via Stamford Street and Waterloo Road.

Cycleway 6 on Blackfriars Road remains open, with cyclists asked to dismount whilst passing the roadworks.