Plans for a bronze statue of pioneering mixed-race professional footballer and army officer Walter Tull to be erected in Geraldine Mary Harmsworth Park have been vetoed by Southwark Council's planning committee. 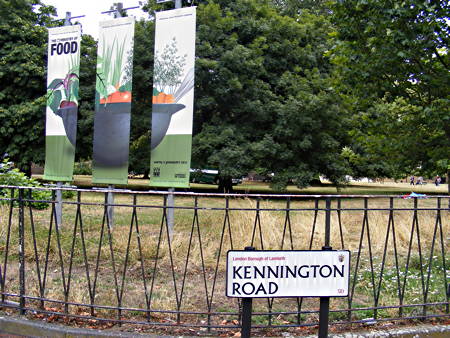 Jak Beula Dodd, founder of the Nubian Jak Community Trust, had applied to Southwark Council for planning permission to erect the 2.3-metre bronze statue on a bath stone plinth on the Kennington Road side of Geraldine Mary Harmsworth Park, close to the Imperial War Museum.

Walter Tull was born in Folkestone in 1888 to a Barbadian father and English mother. He signed for Tottenham Hotspur in 1909.

Tull became the first Afro-Caribbean or mixed heritage outfield player in the top division of English football and the first person of mixed race to be commissioned as an infantry officer in the Army.

He was killed in action in northern France in 1918 and his body was never recovered.

Tull was featured in the recent From War to Windrush exhibition at the Imperial War Museum which told the story of black men and women from the West Indies and Britain in the First and Second World Wars.

Southwark Council received about 30 objections to the planning application for the statue, including from the Friends of Geraldine Mary Harmsworth Park, Imperial War Museum and Waterloo Community Development Group.

Tuesday night's meeting of the planning committee was addressed by Mala Bisson who spoke on behalf of all three organisations.

She stressed that the objections were "rooted in a strong desire to protect the amenity of this busy and much loved park – and not from any lack of respect for Walter Tull or his many great achievements, which it seems to us all are no doubt worthy of memorialising in the appropriate setting, such as that currently proposed by a large group of people, for a site close to Tottenham Hotspur Football Club".

She added that open space in the park had already been sacrificed for the creation of sports facilities, the Tibetan Peace Garden and the Soviet War Memorial, and local people were keen that the sense of openness and green expanse wasn't further undermined.

The objectors also pointed out that Tull has no particular personal association with the borough of Southwark.

Maureen Johnston, chair of the Friends group, explained to the committee that the land had been given to the borough for the "splendid struggling mothers of Southwark" by Viscount Rothermere, and the park had celebrated its 75th anniversary last year.

Jak Beula Dodd told councillors that GMH Park had been suggested to him as a possible site for the memorial by Gordon Taylor of the Professional Footballers' Association.

He said that the installation of the statue would be a "coup de grace" for Southwark and "will inspire the struggling mothers and their children".

Beula Dodd added that the statue would be "the most iconic symbol of diversity in the country" and would cleanse GMH park of its association with Viscount Rothermere and his right-wing political views.

Cathedrals ward councillor Geoffrey Thornton addressed the committee to urge them to refuse the application. He agreed that Walter Tull was clearly worthy of a public memorial but considered that this park was the wrong choice.

He stressed the need to protect every inch of Metropolitan Open Land in an area of open space deficiency and said that he had calculated that Geraldine Mary Harmsworth Park attracted more visitors per square metre each year than Hyde Park.

Committee member Cllr Nick Stanton pointed out that even if planning permission was granted, the council, as the park's owner, would still need to agree to the installation of the statue.

He complained that the council's park department had failed to respond to the formal consultation on the planning application.

Cllr Robin Crookshank Hilton said that "Southwark should be proud" to have a statue of Walter Tull and told the commitee that she believed that it should perhaps be in a more prominent location than the edge of a small park.

Cllr Jeff Hook took a similar view: he said that Southwark was an "appropriate borough" but the application had chosen an "inappropriate place".

Members of the committee voted 4-2 against a resolution to grant planning permission. The committee resolved to refuse planning permission on the grounds that the applicant had failed to demonstrate very special circumstances to overcome the normal restrictions on development on Metropolitan Open Land and that the statue would fail to preserve or enhance the special character and historic interest of the park.