Waterloo church revives custom of ‘beating the bounds’ of parish

The congregation of St John's Waterloo took to the streets of the South Bank on Sunday morning to revive the custom of 'beating the bounds' of the parish. 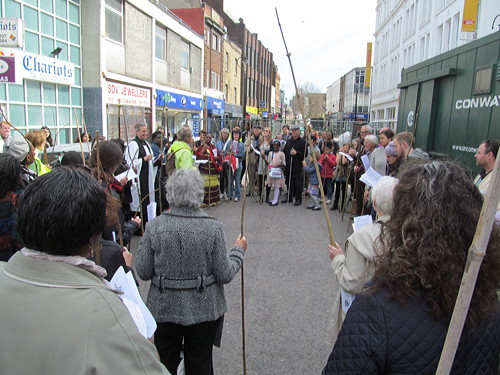 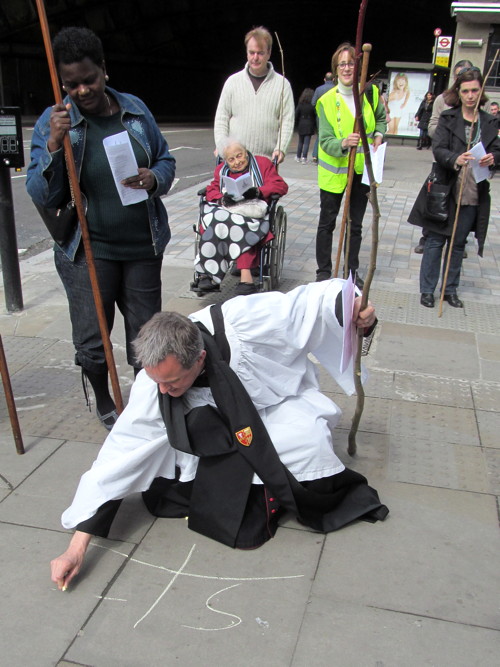 The assembled congregation 'beats' the boundary mark with sticks 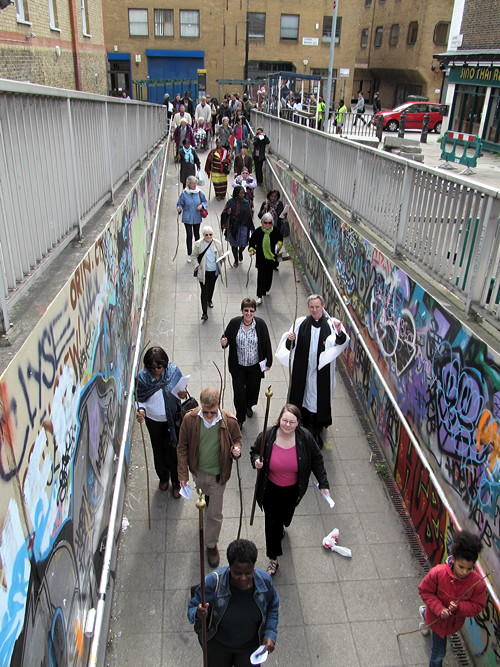 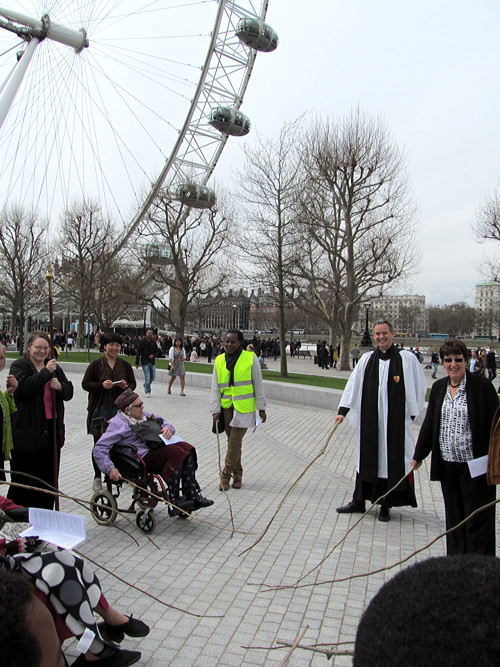 Marking the parish boundary in Jubilee Gardens. On the South Bank prayers were said for those who work in the creative industries 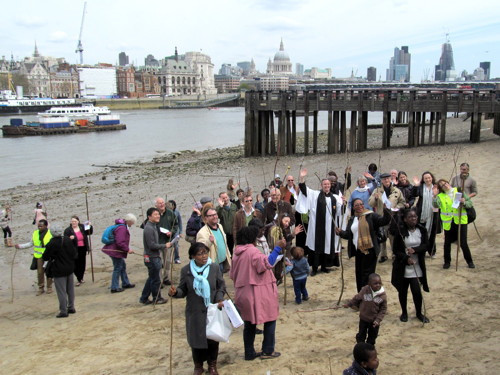 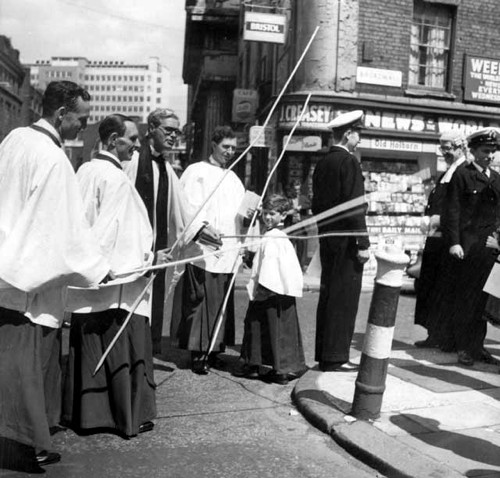 Revd Henry Hedley, rector of Lambeth, beating the bounds at the corner of Stamford Street and Broadwall during the Lambeth Festival in 1961. Creasey's newsagents shop is now part of the London Nautical School site. Image courtesy of Lambeth Archives

Around 60 people set off from St John's Church Garden armed with sticks to 'beat' the boundaries of the parish.

The custom of walking around the edge of a parish on or near Rogation Sunday, the Sunday before Ascension Day, developed in England in the 8th century. The procession has the dual purpose of praying for people and institutions in the parish and maintaining a collective memory of where the boundaries lie. In recent years the practice has been revived in many towns and villages.

Along the way the congregation stopped in Emma Cons Gardens to pray for those who work at Waterloo Station and in the transport industry. The group paused in Lower Marsh to pray for locally-based charities Christian Aid and Islamic Relief.

At the junction of Lower Marsh and Westminster Bridge Road the parish priest Canon Giles Goddard chalked a boundary mark on the pavement which was then 'beaten' by the assembled congregation.

In the Leake Street tunnel the youngest members of the congregation sprayed crosses onto the walls.

After a refreshment break in Jubilee Gardens the procession made its way along the South Bank to Gabriel's Wharf – marking the parish boundary at three points – before returning to St John's for an open-air Eucharist in the churchyard.

The Mediatheque at BFI Southbank features a film from the 1961 Lambeth Festival which shows members of local churches taking to the Thames to beat the bounds of the Metropolitan Borough of Lambeth. The same occasion is recorded in photographs held by Lambeth Archives which show clergy and choir at the junction of Stamford Street and Broadwall.

• As part of this year's Waterloo Festival (27 June to 2 July) St John's is inviting people who live and work in the area to take part in the Waterloo's Got Talent! competition. Closing date for entries is 17 May.