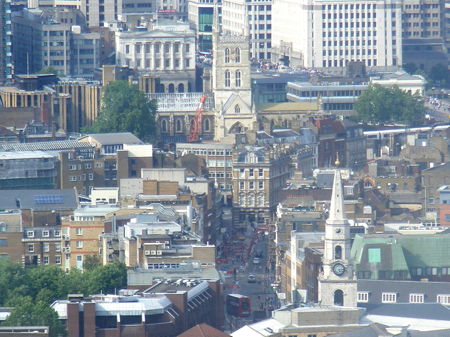 Borough High Street topped the poll among residents of both Cathedrals ward and Chaucer ward at the transport-themed community council meeting.

Last autumn the community council held a special meeting to discuss how Borough High Street could be made a more pleasant place to live, work, shop and travel through.

"I hope Cllr Barry Hargrove, in his capacity as cabinet member for the environment, will work with local councillors and Simon Hughes to ensure that this local priority becomes the council's priority for transport funding and improvements," says Cllr David Noakes, Lib Dem chair of Borough & Bankside Community Council.

Last month Cllr Noakes tabled a question at a council assembly meeting asking the cabinet member responsible for transport in the borough whether he would support a bid for funding from Transport for London via the local implementation plan for improvements to Borough High Street.

"I share residents', ward councillors' and local workers' concern about Borough High Street, as both a major thoroughfare and a pleasant environment for pedestrians," said Labour's Cllr Hargrove.

"There are very particular complexities with this street associated with its gateway to the City of London position, the fact that the entrance to a major rail station is sited along its route and now the future development of the European Union's tallest building located on its periphery and accommodating thousands more people.

"The questioner is right in so far that to resolve the range of public realm problems Borough High Street presents, a large scale solution supported by significant funding is vital.

"Council assembly will need no reminding that Borough High Street is part of the Transport for London Road Network. TfL have final authority responsibility for this road.

"Since its introduction, LIP funding (and predecessor scheme) has provided funding for transport and improvements on council maintained highways infrastructure. There is no doubt that if improvements to Borough High Street were to be funded from this funding stream this would be to the detriment of investment in the borough road network.

"As part of the development surrounding London Bridge Station, a study of pedestrian movement is currently being undertaken by Network Rail and partners. In addition, development funds from nearby London Bridge developments will provide funds for improvements to Borough High Street.

"I am more than ready to commit the council's support to lobby and to work with TfL to provide ways for much needed improvements for Borough High Street."

Transport for London is planning to resurface Borough High Street this spring but it is unclear what other changes, if any, they plan to make. Drop-in sessions for local residents and businesses will be held at John Harvard Library on Wednesday 2 March and Saturday 5 March.