Simon Hughes: "a privilege" to be made a privy counsellor

Simon Hughes visited Buckingham Palace last week to make his affirmation as a member of the Privy Council. 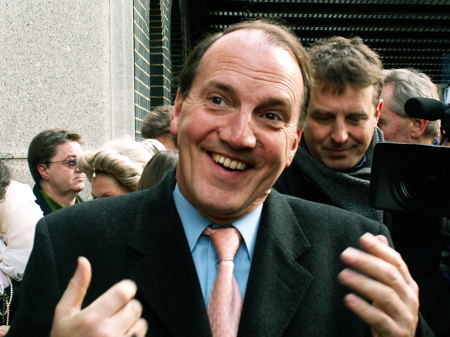 The Bermondsey & Old Southwark MP was appointed to the Privy Council at the end of last year, just days before the Prime Minister offered him the role of advocate for access to education.

He is also the Liberal Democrats' deputy leader in the House of Commons.

"My visit to the palace this month was certainly a special and very personal occasion," said Simon Hughes.

"It is a privilege to be recognised in this way and to be personally received by the Queen to make the official promise of loyalty and service.

"And it made me much more nervous than at possibly any other event I have attended!

"The first item of business at the same meeting was the agreement of the Queen in council to the marriage of Prince William and Catherine Middleton – as required by the Royal Marriages Act 1772."

Whilst most new privy counsellors swear an oath, Mr Hughes chose to make an affirmation.

In 2005 he explained in the House of Commons that he has always affirmed when taking his seat in Parliament after an election and giving evidence in court.

"Personally, although I have a faith, I have never taken an oath by swearing, because I think that it is wrong," he told the Commons.