Waterloo Quarter Business Improvement District (BID) is to continue for another five years in an extended area after receiving strong support from the local business community. 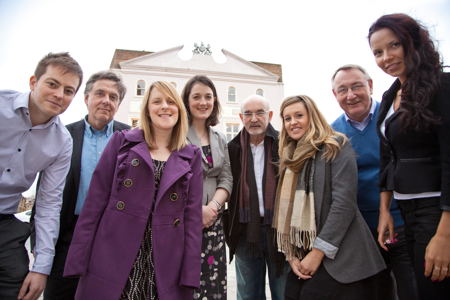 The BID is financed by a mandatory levy on local companies which is linked to the rateable value of the premises they occupy.

All of the money collected is spent to improve Waterloo as a place to work and do business. The BID is responsible for several services including recycling collections, promotional and community events, public realm works and business engagement schemes.

In 2006 businesses in North Lambeth voted to establish the BID. Two years later Waterloo Quarter became London's first cross-borough BID when it expanded across the Southwark boundary to take in the eastern end of The Cut and part of Blackfriars Road.

Between 21 January and 25 February 353 businesses within a slightly extended proposed BID zone were asked to vote on whether they would like the BID to continue until 2016.

"I am delighted businesses have actively voted in such numbers to back the BID," says John Rushton, owner of design company Small Back Room and chairman of Waterloo Quarter BID.

"They have sent out a great message of confidence in the area by choosing to continue to invest in an initiative which makes such a positive difference to Waterloo."

Helen Santer, the BID's director of operations, said: "This result is a considerable demonstration of faith in the BID, especially given the tough economic situation many businesses currently face.

"I am particularly pleased with the turnout, which compares well with other BID renewal votes."

As well as Waterloo Quarter SE1 currently has two other BIDs: Better Bankside and Team London Bridge. There are plans for a Vauxhall BID which would span the SE1/SE11/SW8 borders.