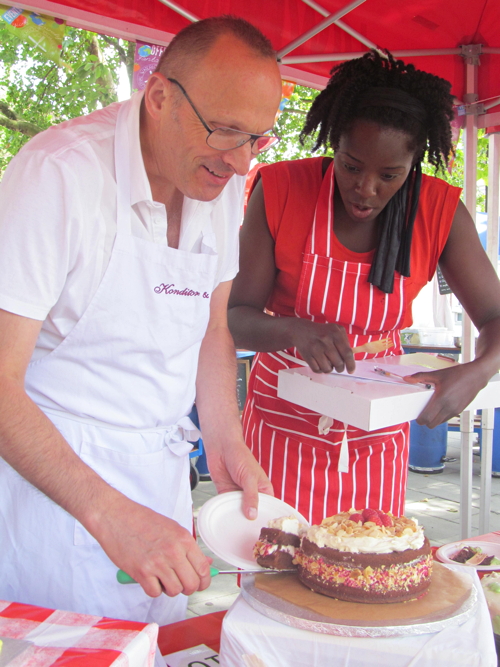 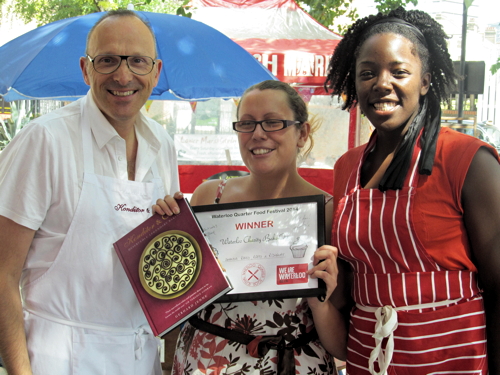 The judges with Amanda Raffo of Raffo & Ridgeway 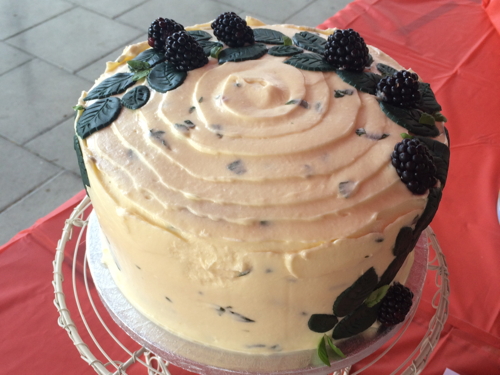 Eleven local businesses submitted cakes to the contest which was held in Emma Cons Gardens on Thursday lunchtime.

Psychologist Kimberley Wilson, who reached the finals of the BBC's Great British Bake Off last year, is a Waterloo resident and joined local cake maestro Gerhard Jenne to taste, prod and probe the cakes put forward for judging.

The winner was Amanda Raffo of Raffo & Ridgeway, a regular trader in Lower Marsh market. For the competition she had baked a large version of the blackberry and basil cupcakes she sells in the market.

Amanda was presented with a framed certificate and a copy of Gerhard Jenne's book.

Slices of the eleven cakes were sold off to commuters on Thursday evening to raise cash for the Waterloo Foodbank.