The developers of the Shell Centre and sites on Albert Embankment were among the sponsors of Lambeth Council's presence at the MIPIM property trade fair in Cannes earlier this month. 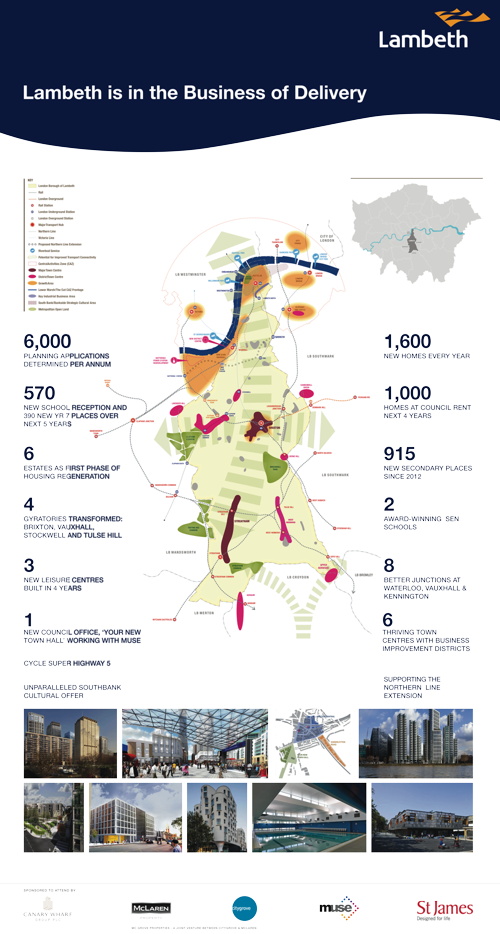 Last week we revealed that four Lambeth Council officers had travelled to the south of France to promote regeneration in the borough.

Tickets to MIPIM cost around Ł1,250 each, plus travel and accommodation.

Now – in response to a freedom of information request by the SE1 website – the council has revealed details of the four developers which paid for the officials' trip.

Canary Wharf Group – currently in the process of being taken over by the state of Qatar – is leading the redevelopment of the Shell Centre at Waterloo.

On the same day that Lambeth officers were in Cannes thanks to St James's sponsorship, councillors were approving the company's plans for a 30-storey tower by the Thames.

Muse is the council's partner for the redevelopment of Lambeth Town Hall in Brixton.

The council's display panel in the London pavilion at MIPIM boasted that the authority handles 6,000 planning applications a year, promoted the "unparalleled Southbank [sic] cultural offer" and highlighted the work of business improvement districts such as Waterloo Quarter BID and Vauxhall One.

The display board appeared under the heading "Lambeth is in the business of delivery".

The council has recently changed the job titles of some of its planning officers to "area delivery lead".