RHS Britain in Bloom, a national campaign to plant over 84,000 native tree saplings, has been launched at Redman Green on Borough High Street. 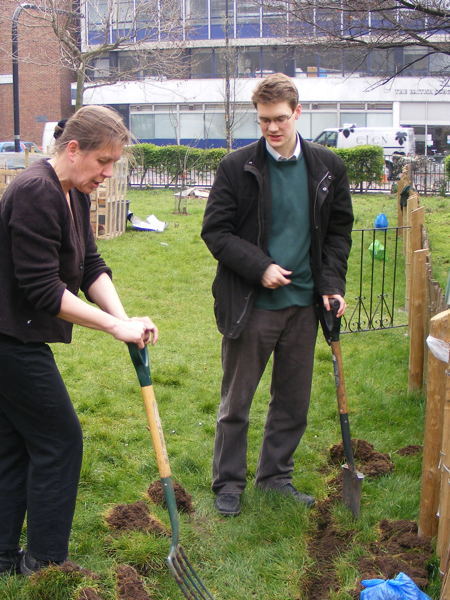 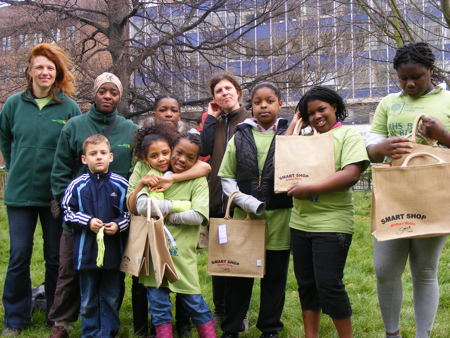 BOST staff with prize-winners who had helped with the planting

The Bankside Open Spaces Trust initiative in Borough was one of seven events in London this weekend.

Residents of Redman, Lant and Bittern estates helped to plant a wildlife hedge in the green space between Redman House and Borough High Street, opposite the British School of Osteopathy.

Eoin Redahan from the RHS, speaking at Redman Green, said that the weekend probably saw the biggest planting of trees by the community in the UK ever.

"Here they are using the saplings to integrate into a hedge and make a more natural environment for birds to nest in, for food and for insects to winter in," he said.

"People are working to make where they live a nicer place to live."

The saplings for the hedge were donated by the Woodland Trust.

"We are also starting to build a food garden on site to help people from Bankside to grow their own as part of our larger food-growing project based in SE1,” said Helen John from BOST.