The Lydia sexual health clinic at St Thomas' Hospital could relocate to two railway arches in Burrell Street and provide the UK's first 7-day screening service if a planning application is approved by Southwark Council. 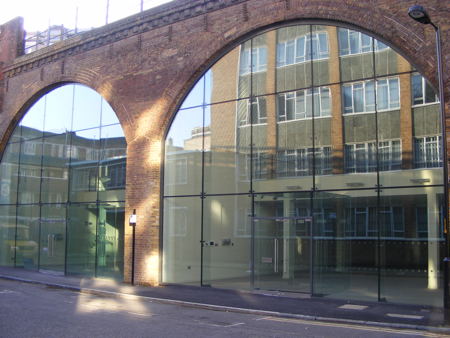 These office spaces have proved impossible to let 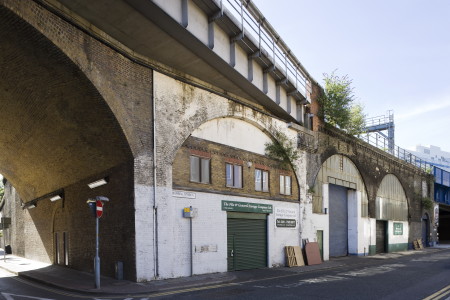 In 2009 we reported that Guy's and St Thomas' NHS Foundation Trust was hoping to find a new home for the clinic away from the hospital campus.

Now the trust is in negotiations with Network Rail to take over two refurbished railway arches which have proved impossible to let as office space due to a lack of natural light.

The acquisition of the arches is subject to obtaining planning permission for change of use and formal approval by the Guy's and St Thomas' board.

The hospital hopes to increase the number of patients seen at the clinic from 25,000 to 50,000 a year. Between 60 and 70 staff would be employed at the clinic which would also serve as a hub for community sexual health services across north Southwark and north Lambeth.

The proposed location for the clinic is almost exactly half-way between Guy's Hospital and St Thomas' Hospital.

The arches in Burrell Street have been used for a variety of temporary purposes, including Aya Theatre Company's production of Kaspar and a number of exhibitions as part of Better Bankside's Pop-up Space programme.

Whilst the new units on Chancel Street have found tenants, chartered surveyors EA Shaw have marketed the larger Burrell Street arches as office space for 18 months without success.

Although EA Shaw's marketing materials describe the arches as "exciting", "stunning" and "ingeniously designed", they now admit that the arches ares unsuitable for office use because of their large size and lack of natural light.

The third empty railway arch on Burrell Street has also failed to attract a tenant and is to be used by Network Rail's own property department.