Prince Harry visited a sexual health clinic under a railway arch in Southwark on Thursday. 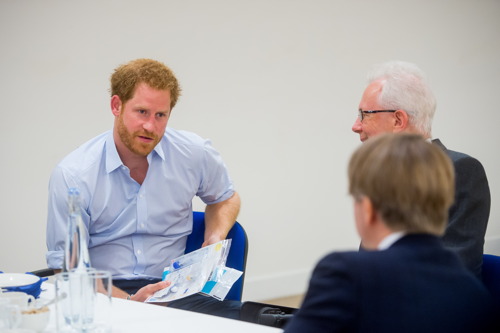 During the visit to Burrell Street Sexual Health Centre today he had an HIV test to normalise and de-stigmatise testing.

The test, which was broadcast live on the Royal Family's Facebook page, was part of his work to focus the minds of his generation on the fight against HIV and AIDS.

Robert Palmer, lead health advisor and psychosexual counsellor at Burrell Street, carried out Prince Harry's rapid HIV test, which took less than one minute to give a result.

He said: "It's really important for someone like Prince Harry to have an HIV test because it normalises the testing process. It lets everyone know that it's a simple test, it doesn't take long, and that it's important to know your HIV status.

"What we do know is that it's not people who are HIV positive who are passing the infection on, it's those who do not know their status. What we want to do is get those people into clinic.

The Burrell Street clinic opened in 2013 and is part of Guy's and St Thomas' NHS Foundation Trust.