Decentralisation minister Greg Clark visited Bankside on Thursday to make a speech launching the first round of 'business neighbourhood' frontrunners which will pilot some of the provisions of the Government's Localism Bill. 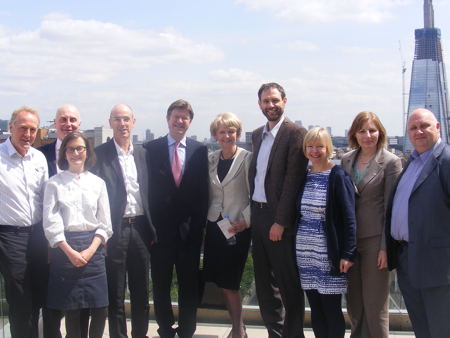 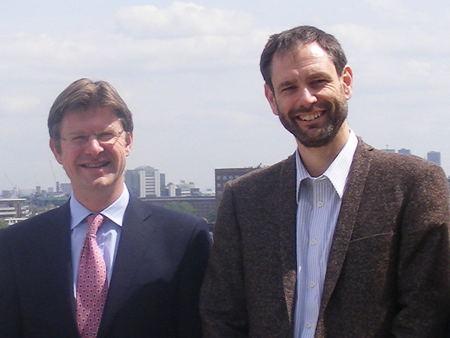 The minister addressed a large audience at the Blue Fin Building at an event organised by the British Property Federation and British Chambers of Commerce.

Earlier in the week the minister had named the South Bank and Bankside as two of the eight frontrunner areas for business-led neighbourhood planning.

In his speech the minister talked about the process of drawing up and refining the Localism Bill as it passes through Parliament.

"In all of this we detected sometimes a sense that communities and businesses are seen as being different; that they were being put in separate camps," he said. "That always struck me as being bizarre."

"It's almost impossible to conceive a community – a neighbourhood – without thinking about the businesses that operate there."

He added: "Just looking round here at the activity in Bankside; a very vibrant residential community ... but the commercial activity is intrinsic to the character of this area over the years."

Peter Williams, chief executive of Better Bankside, spoke about some of the characteristics which make Bankside a good candidate to act as a test bed for neighbourhood planning.

"It's not solely a high street, it's not solely a tourist destination or a commercial quarter or a residential neighbourhood – but it has an element of each of those which gives it a rich mix," he said.

"We have 6 million visitors, 60,000 employees and 6,000 residents, so we've got a lot of pressure in terms of developer interest and we've got several constituencies which we must engage going forward.

"Happily, there is lots of strong infrastructure in place within this community which will make that debate that much easier."

Williams said that the fact that Better Bankside had won two ballots of local businesses to continue its activity proved that local firms cared about their environment and community.

He said that strong relationships between Better Bankside, Bankside Residents' Forum, Bankside Open Spaces Trust and Blackfriars Settlement would be crucial in creating a new neighbourhood plan for Bankside.

"Looking at the crane count, this is not an academic exercise for Bankside; there is an immediacy and an urgency to get a plan in place," he said.

He highlighted the work of the Bankside Logistics Group which had brought developers round the table to coordinate their construction activity to minimise disruption.

He concluded by speculating on some of the issues that a neighbourhood plan could address.

"Are we able at the neighbourhood level – as opposed to the site-by-site level, to take a better Balance of the pressures that emerge?" he asked.

"For example, just across the way there's a huge residential development. There's a huge clamour for residential, but we need a balance. If we lose the employment use and it becomes a residential area, something will have been lost."

"There is a huge challenge for Bankside and Southwark in delivering affordable office space for the next generation of businesses. We need to take that into account, and to deliver affordable residential and affordable retail."

Cathedrals ward councillor Adele Morris welcomed the business neighbourhoods initiative but asked the minister what safeguards there would be to ensure that neighbourhood planning was a genuine partnership between residents, businesses and the local council.

Greg Clark replied that neighbourhood plans would have to secure the consent of a majority of residents through a referendum and the independent examination of the plan before it could be adopted would also include tests to ensure that all sections of the community had been involved.

Julian Cooling, chair of the Bankside Residents' Forum, said that his group had worked on its application for frontrunner status with local businesses – via Better Bankside – from day one.

BRF was named a frontrunner last month and, says Cooling, the elevation of Better Bankside to the same status under the business neighbourhoods programme will put the business and residential communities on an even footing when it comes to drawing up a single plan for the area.

Iain Tuckett from Coin Street Community Builders and the South Bank Employers' Group asked the minister about what support there would be for neighbourhood planning in areas that didn't already enjoy well-organised business and community groups.

The minister replied that groups participating in the frontrunner programme would have an obligation to share their experiences with other neighbourhoods looking to follow them.

This week's announcement means that SE1 will see three neighbourhood plans drawn up, covering Bermondsey, Bankside and the South Bank.