The 75th anniversary of the outbreak of the Spanish Civil War this year was marked with memories at a ceremony on Saturday at the International Brigade Memorial in Jubilee Gardens. 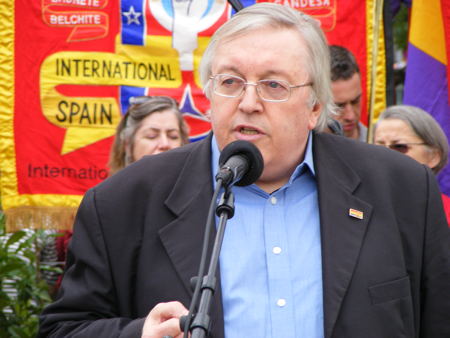 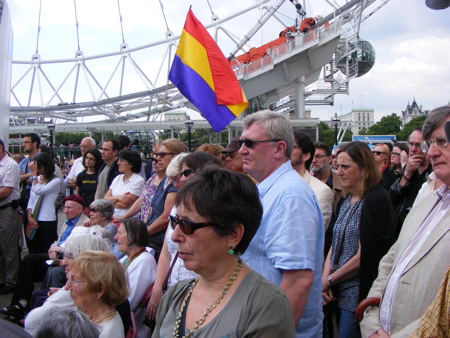 The International Brigade memorial is located in Jubilee Gardens, close to the London Eye 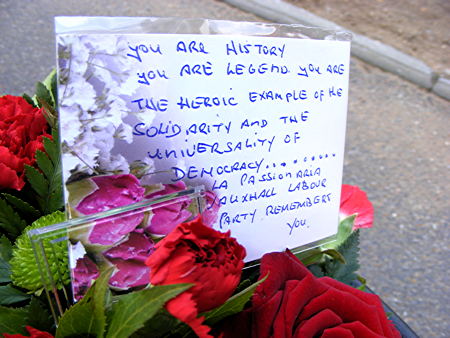 "The struggle goes on in Spain today," said Professor Paul Preston. "Fascism has still not been defeated."

The leading authority on the Spanish Civil War was speaking at the annual commemoration of British volunteers who travelled to Spain to fight alongside Republican forces.

This year is the 75th anniversary of the start of the war and the event in Jubilee Gardens on Saturday, covered by Spanish television, drew a large crowd.

Professor Preston said that volunteers went to defend ordinary Spanish civilians who fought on to the end. Franco, he said, retaliated with a programme of extermination which has still not been examined.

He claimed that obstacles were put in the way of those making massive efforts to discover the truth.

"The only judicial action regarding the crimes of Franco is the action against judge Baltasar Garzón who tried to investigate those crimes."

Earlier there was huge applause for Brigade veterans Thomas Watters – who laid the Memorial Trust wreath – and David Loman – who laid one from the Jewish Ex-Servicemen Association.

Another was laid by Spanish Embassy cultural counsellor Fidel López.

Ángel Mesado and Roger Suárez of the Catalan Government Delegation to London laid a Catalan cushion of roses and wheat.

Two songs from forthcoming musical Goodbye Barcelona were sung at the close of the ceremony.

• The International Brigade memorial will be relocated to a new position in Jubilee Gardens during the forthcoming refurbishment of the riverside park.