A public art gallery dedicated to the work of influential British figurative artist David Bomberg and the Borough Group will be opened on Borough Road thanks to a grant of nearly £240,000 from the Heritage Lottery Fund. 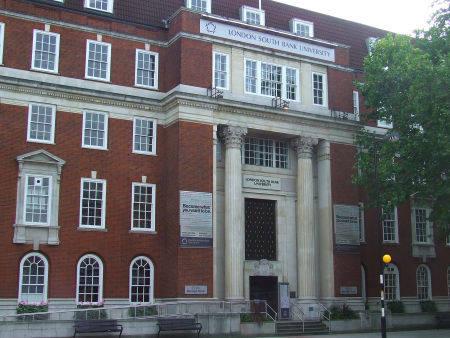 The new gallery will be developed at LSBU's Borough Road building

David Bomberg taught at the Borough Polytechnic (forerunner of London South Bank University) in the 1940s and 1950s and was instrumental in the formation of the Borough Group of artists.

Donated to LSBU by collector Sarah Rose, the collection comprises approximately 80 paintings and 100 works on paper by Bomberg and other members of the Borough Group.

Last summer we reported that the Heritage Lottery Fund had awarded the university a grant of £15,000 to work up plans to preserve the archive and put it on public display.

This week the HLF announced it was giving the university £239,800 to implement the project.

Two ground floor rooms in the LSBU Borough Road building, immediately below where Bomberg and his students worked, will be converted into a gallery where items from the collection will be displayed to the public for the first time.

The project will feature a strong educational element designed to explore the historical and social context of the artworks on display.

Volunteer-led guided tours of the collection will be held monthly, a teaching programme on figurative painting will be created and heritage art classes organised with local adult education centres.

"London South Bank University is deeply grateful to the HLF for their grant and delighted that there will now be a permanent home for the work of David Bomberg and other members of the Borough Group at the university," says Professor Mike Molan, executive dean of the faculty of arts and human sciences.

"The LSBU sees the gallery as providing an important cultural resource for staff, students and many sectors of the local community to engage with the heritage of the university across a variety of educational programmes."

• Works by David Bomberg produced earlier in his careeer are included in the current exhibition The Vorticists at Tate Britain.