Simon Hughes MP has visited Guy's Hospital to mark the completion of works to improve the hospital's main entrance. 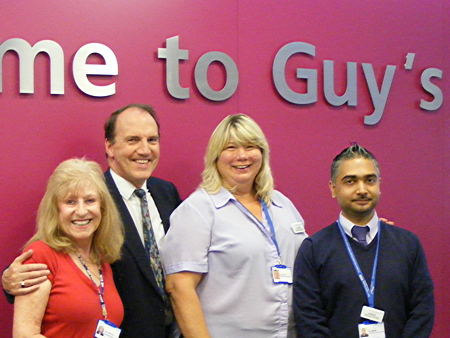 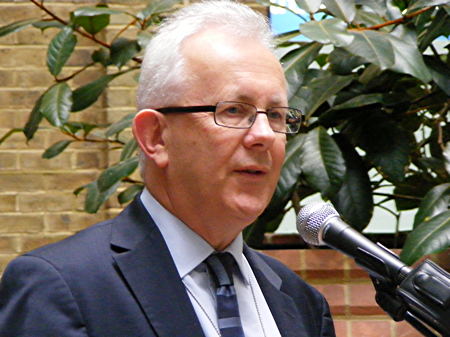 The MP was welcomed at the hospital entrance on Friday by Guy's and St Thomas' NHS Foundation Trust chairman Sir Hugh Taylor and given a tour of the new area by estates and facilities group director Amanda Mallard.

"It is not funded out of public money but by development money," said Sir Hugh who added that refurbishment was a result of taking into account the changes required due to the building of The Shard next door.

"We are not going to have our footbridge in future," he said but pointed out that the improved doors, the relocation of the reception area, new toilets, new signage outside the hospital and a new patient transport facility had all been made possible by the section 106 payments from the developers of the Shard skyscraper at London Bridge.

He said that the hospital now had a front door to reflect the world-class facilities for patients.

Simon Hughes recalled visiting hospitals on the east coast of the United States, such as John Hopkins which has a similar reputation to the SE1 hospital, as "the MP for Guy's".

"Our job is to remain the hospital which has one of the highest reputations in the land," said the MP. "That is important because it saves people's lives."

Having stressed the importance of a good welcome, signage and friendliness, he said that as MP he was now receiving fewer complaints about hospital transport.

"This is the NHS at its best," he told the staff representatives.