Pupils from three Southwark schools were recognised for their achievement on IPC Media's Schools' Design Programme at a ceremony and exhibition that showcased their magazine designs. 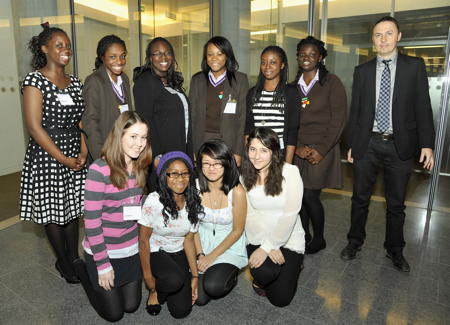 The work by pupils from Notre Dame RC Girls' School in St George's Road as well as Charter School in Dulwich and Sacred Heart in Camberwell – was of such a high standard that much of it is to be published.

In addition to their work placements at IPC Media's Blue Fin Building HQ, the pupils attended a specially-created design course at the London College of Communication.

The ten-session course prepared the pupils for their one-week placements at IPC and a week's work simulation at the college where they designed magazine pages.

"Our art editors are the best in the business, and, like me, they were incredibly impressed with the standard of work these students produced at just 15 years of age.

"As well as the valuable experience the students get under their belts at IPC, they're put through their paces by the London College of Communication so they can be proud that they have a fantastic grounding in design."

IPC's Schools' Design Programme is delivered in partnership with charity A New Direction.