The London College of Communication is planning to redevelop its Elephant & Castle campus - and the new buildings could be part-funded by the sale of the college's tower block. 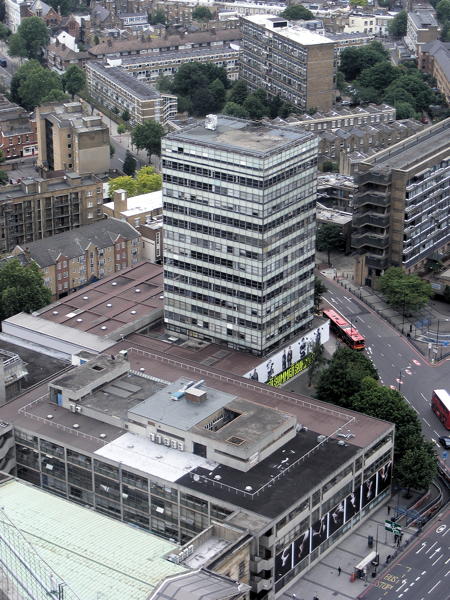 The plans for the Elephant & Castle site were revealed in Arts London News, a newspaper produced by journalism students at the London College of Communication.

Head of college Professor Sandra Kemp told the paper: "The starting point for a future development would not be, as in the case of King's Cross, to look for a fantastic new site to develop, but to build on the potential of this site as our location in Elephant & Castle is so important to us."

"So much of the history and legacy of the college resides in this site, so we're looking at a feasibility study at the moment and we're in the middle of interviewing six architectural practices who've come forward to say they would be interested in working with us on this new college project."

It is likely that the tower site would be redeveloped for residential use, with new space for the college built on to the existing design, workshop and media blocks.

According to ALN, the redevelopment could be completed in time for the start of the 2014/15 academic year.