The public viewing galleries at the top of the Shard will open in early 2013, according to a job advertisement for an operations director to oversee the 75 staff that will run the new attraction. 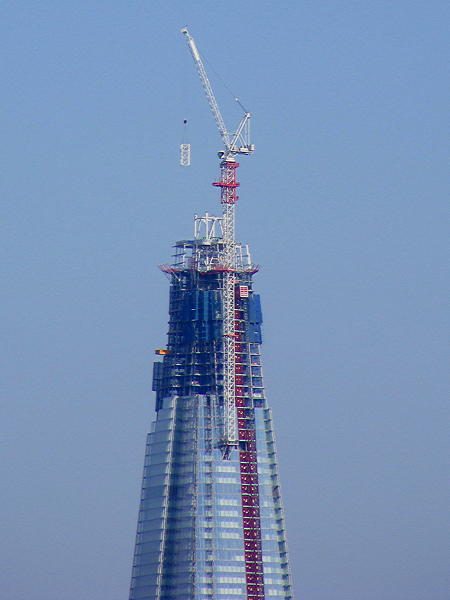 Although the Shard will be externally complete in early 2012, it will be another year until the public will be able to enjoy the views from the top of the tower at London Bridge.

The Shard viewing galleries will provide public viewing space across three floors at 800 ft offering an unrivalled view of London.

The main viewing deck is a triple-height space which the developers claim will offer uninterrupted 360-degree views of the capital stretching for 40 miles in every direction.

Above that, a partially open-air deck will allow visitors to experience the elements at high altitude.

The viewing galleries are due to open to the public in early 2013 and are expected to attract more than 800,000 visitors a year.

Visitors will buy their tickets at ground level and take a lift to level 33 where they will transfer to a separate lift for the journey to level 68.

Anders Nyberg – who ran the 'At the Top' attraction at the top of the Burj Dubai and Burj Khalifa skyscrapers and is a former operations director of the Sears Tower Skydeck in Chicago – has been appointed as chief executive of the Shard Viewing Galleries.

Applications for the operations director vacancy – which requires 7+ years' experience in visitor attraction management – are open until 21 November.

As well as the paid-for attraction at the top of the tower, there will also be a public balcony on level 33 and publicly accessible bars and restaurants on levels 31 to 33. A 'feature staircase' will connect levels 31, 32 and 33.