A sitting of Southwark's ancient Court Leet has taken place at the Amigo Hall next to St George's Cathedral. 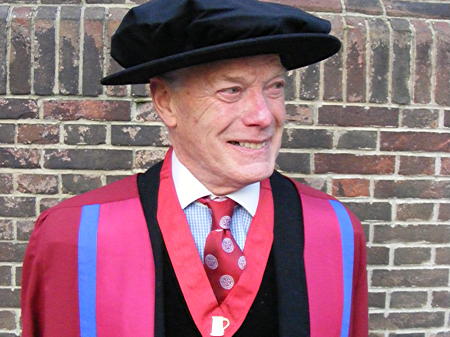 The court leet of the Guildable Manor of Southwark had a twenty minute sitting on Wednesday.

The proceedings were presided over by the the High Steward of Southwark Peter Beaumont QC who swore in officers before delivering his 'charge'. On this occasion the 'charge', or address, looked at the diminishing use of capital punishment in the 18th and 19th centuries.

In earlier years the court regularly convened in the Borough Market board room.

New officers appointed for 2011-12 include Robin Sherlock, parish clerk of Southwark Cathedral's parish of St Saviour, who appropriately becomes alesizer for St Saviour's Side. Alderman James Gurling is the new alesizer for St Olave's Side.

During the day the High Steward also presided over brief sittings of courts leet for the King's Manor at the Inner London Crown Court in Newington Causeway and the Great Liberty at the Boot & Flogger in Redcross Way.

The Guildable Manor court leet was preceded by a lunch on the Amigo Hall upper floor attended by both the High Steward and Southwark's High Bailiff Charles Henty. Other guests included Philip Sturrock, Warden of the Great Account for United St Saviour's Charity. Also present was Southwark's deputy council leader Ian Wingfield who served as foreman in 2002.