For the fourth year a Christmas market is being held on the Thames Path along the South Bank between Jubilee Gardens and Waterloo Bridge. 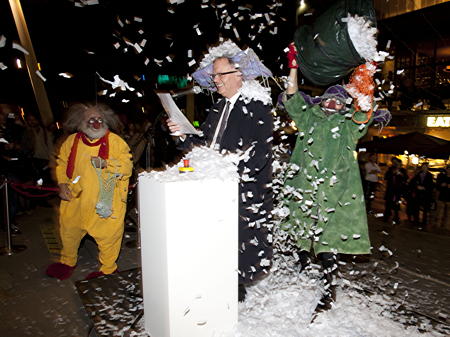 Southbank Centre chief executive Alan Bishop is beseiged by clowns during the switching on of the Christmas lights. (photo: Dan Wooller) 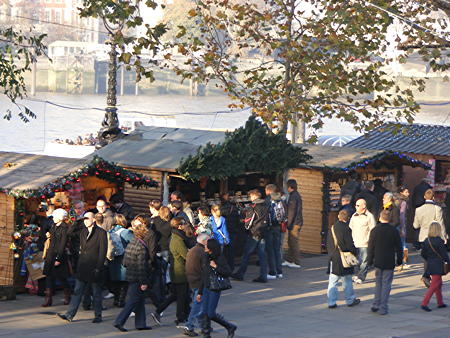 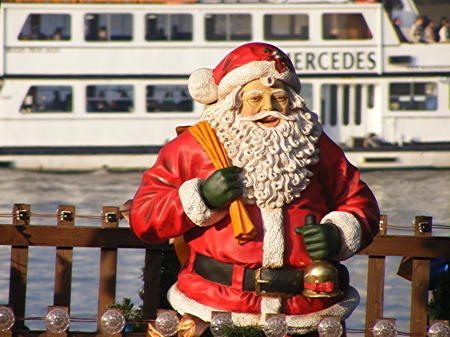 This year's event is billed a "traditional Christmas market", marking a break with the last three years when there has been a tie-up with the German city of Cologne.

The market, which is part of Southbank Centre's Winter Festival, was launched on Thursday evening. During the ceremony Southbank Centre chief executive Alan Bishop was assailed by Slava Polunin of Slava's Snowshow and two of his colourful and mischievous clowns.

The market continues until Christmas Eve and is open 11am-8pm Monday to Thursday, 10am-10pm on Fridays and Saturdays and 10am-8pm on Sundays.

On the inland side of the Royal Festival Hall, Southbank Centre Square is hosting a range of weekend markets in the run-up to Christmas, including the Free from... Food Festival, the Chocolate Festival and the Real Food Christmas Market.